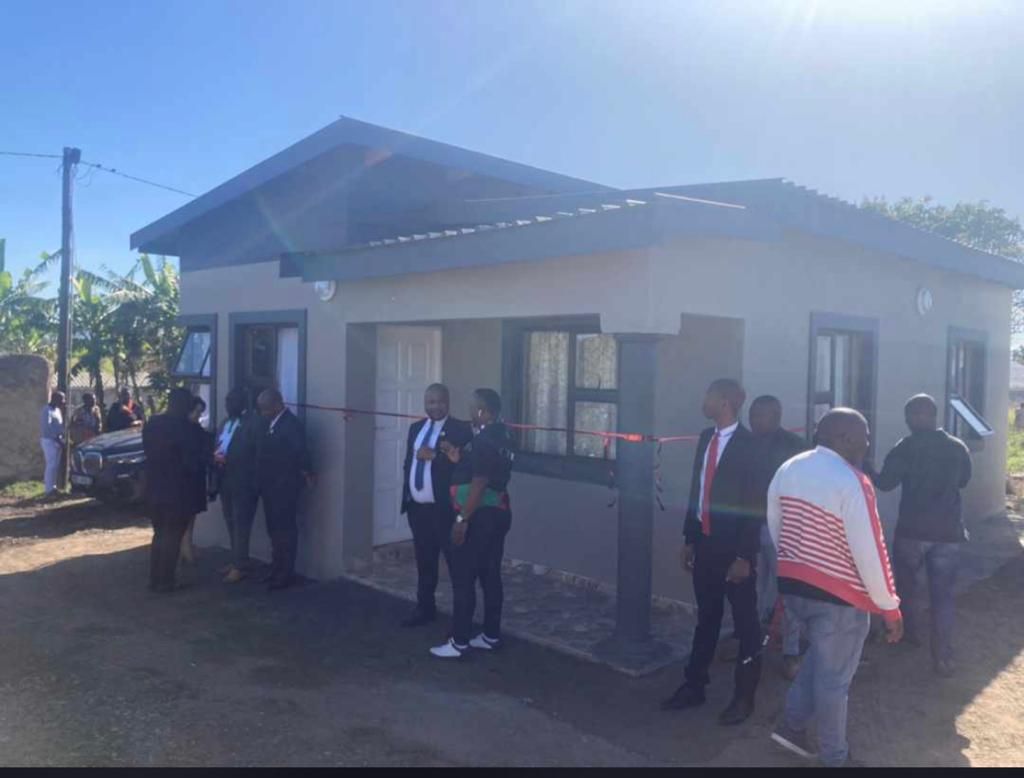 As Founder of the Inkatha Freedom Party, I hope you will allow me the opportunity to remind all here present of the IFP’s vision for South Africa and her people.
I must again pose the question: what society do we want for ourselves, and for future generations? It is, in short, a just, prosperous and moral society, whose citizens engage with each other on the basis of ubuntu/botho.

I wish, in particular, to highlight our vision for a prosperous society: one in which mass poverty has been eradicated and one in which our people are able to pursue a better life. One in which the people of this country are no longer solely dependent on a social grant of some sort for their survival, or a R350 grant like almost 50% of population are today.

It is a society where everyone is able to develop to his or her fullest human potential. A prosperous society provides opportunity for all. It is one that also generates high-quality services and contributes towards stability and unity.

These are not just empty words. The IFP’s vision guides the work done by each IFP leader, each IFP member and each IFP supporter. First and foremost, we are servants of the people, dedicated to building a better South Africa wherein all can flourish and prosper.

The IFP had just emerged from the Local Government election in 2021 having claimed 29 municipalities, up from the 13 municipalities we once controlled going into the last election. The IFP now controls the majority of municipalities in this province. A task we don’t take lightly, and one which requires all of us to double our efforts to return this province to good governance, to ethical leadership and to one that puts its citizens first.

Unlike other parties that came with the usual empty promises, we, as the IFP, made commitments. Our Manifesto included a 10-point plan to provide practical solutions and improve lives, and all our Councillors signed a pledge, wherein they committed “To take your concerns seriously”, as well as “To implement the promises we make in our manifesto”.

One of the commitments the IFP made in our Manifesto was to “provide good quality, dignified housing to those in need”, and that is why we are here today. One of our Councillors, Cllr Nduduzo Ncube, who was deployed to Ward 9, was made aware of the circumstances of Mr Mandla Samuel Xulu.

Colleagues and friends, Mr Xulu is now almost 75 years old. As a senior citizen like myself, he has lived through much of South Africa’s recent history. Like myself, he believed that the first democratic elections in 1994 herald the beginning of a new life, and a better future for all of us.

However, Mr Xulu has been left disappointed. Democracy didn’t bring the freedom Mr Xulu and his family dreamed of. It is heart-breaking to hear that Mr Xulu has been waiting since 2006 to receive a home. Sixteen long years, and many promises made – but never fulfilled – by the ruling party.

Today, the IFP is stepping up, and stepping in to fulfil the promise made to Mr Xulu.

Today, the IFP is yet again demonstrating our dedication to meeting the expectations of the people, and the commitments we made to communities during the 2021 Local Government Elections.

Tonight, Mr Xulu will sleep in his own home, one that we trust he will enjoy for many years to come.

The IFP will always put the needs of the people first, and we are grateful to those who partnered with us in making this new home for Mr Xulu a reality. I would like to extend our sincere thanks and appreciation to everyone involved.

The IFP cares about our communities – not just in the days before an election, but every day. This is why we will continue to work for you in here in Ward 9, in the Mandeni Municipality, in the province of KwaZulu-Natal and South Africa at large.

We will continue to listen to the voices of the people, and take your concerns seriously.

You can trust the IFP. We work for you.