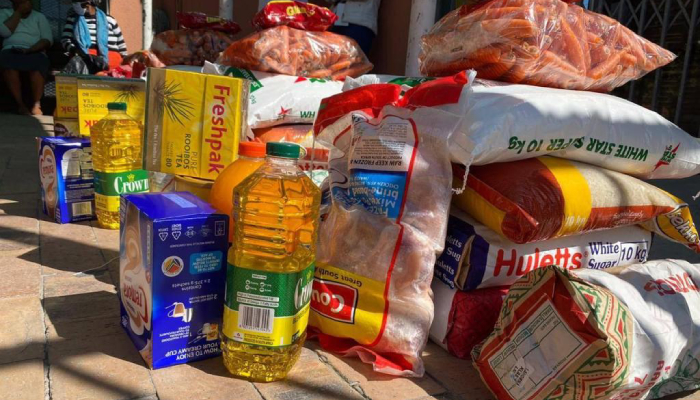 The IFP has been reliably informed that the KZN MEC for Social Development, Nonhlanhla Khoza, is distributing food parcels meant for the poor, to ANC Women’s League (ANCWL) members in Jozini.

Our Jozini Municipal Mayor, Cllr Mabika, has been reliably informed by concerned ANC members that today they are going to distribute food parcels to 90 ANCWL members, and that these food parcels are coming from the Office of the KZN MEC for Social Development. These food parcels are only given to local ANC activists who are known in the area. When the Jozini Mayor questioned this, the local DSD Office officials stated that they knew nothing about the food parcels.

It is concerning that the ‘MEC of Blankets’ can steal food parcels meant for the poor and distribute them to ANCWL members, while there are many destitute families who are in need of food parcels. The MEC is on a crusade of abusing state resources meant for the poor, in order to please her own comrades. This is a blatant abuse of state resources and is tantamount to corruption.

The IFP challenges the KZN MEC of Social Development to come clean on where these parcels to be distributed to the ANCWL members come from. We urge the KZN Premier, Sihle Zikalala, to urgently summon the MEC for Social Development to provide answers about this matter. If the KZN Premier is against corruption, he must act swiftly in this matter and ensure that thieves are not protected but prosecuted.