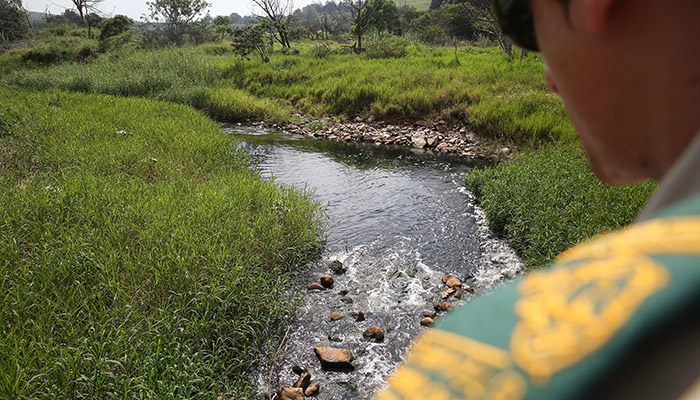 Following the IFP’s delegation that paid an oversight visit to Umdloti River and Mount Moreland today, IFP Spokesperson on Conservation and Environmental Affairs, Joshua Mazibuko, has blamed government for the appalling conditions of the Umdloti River which has become a health hazard to the surrounding communities.

The IFP delegation consisting of Mazibuko and Councillors Ntombifuthi Gumede and Prem Iyir, responded to yesterday’s Sunday Tribune article on the condition of Mount Moreland by paying an oversight visit to the area. They visited the River and they were choked by the stench from the water. They also observed that the water has changed colour which talks to its pollution. Among the people they spoke to was Ms. Angie Wilken who is Chairperson of Mount Moreland Conservancy. Ms. Wilken told the leaders that they have been engaging government for years about this health hazard but all has been in vain.

Expressing his observations at the end of their visit, Mazibuko stated that the stench and pollution of the river are attributed to the Verulam Waste Water Treatment Works plant. This plant was built many years ago and it has not been upgraded despite the population increase and the general developments in the area. But what is worse, according to Mazibuko, is that the plant is neglected; some of its parts are not operating for years. Hence, the human waste spills over into the river.

“The Umdloti River neglect and pollution is a classic example of a government that has totally isolated itself from the poor and has thus totally forgotten about their plight. Only a bold writing on the wall will sober up this government, just as it did to ancient King Belteshazzar of Babylon,” said Mazibuko.

The IFP has committed that it will take the matter up with both eThekwini Municipality and the Provincial Government.