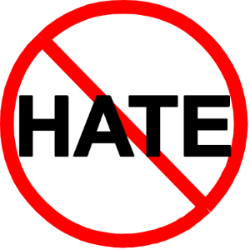 The Inkatha Freedom Party calls on the KZN MEC of Education, Mthandeni Dlungwane to launch an Anti-Bullying Campaign designed to combat victimisation in schools after a Grade 8 learner from Mayville Secondary School was admitted at a hospital after being bullied at school.

“It is envisage that the campaign will among other things, create an enabling environment for learners to feel safe at school and at the same time create a culture of caring between learners, teachers and the community. Violence and bullying have negative implications such as academic performance as well as social, psychological and physical impact on both learners and educators. Violence occurring in schools creates a hostile environment that disrupts teaching and learning through absenteeism, fear and intimidation, not only for those that are directly involved but also their peers,” said IFP KZN Provincial Spokesperson on Education, Mrs Thembeni Madlopha-Mthethwa MPL.

“School is supposed to be a place where students feel safe and secure and where they can count on being treated with respect. Peer presence is positively related to the persistence of bullying episodes. The whole drama is supported by the bystander. The theatre won’t take place if there’s no audience. We encourage the development of anti-bullying attitudes among peers through awareness, the opportunity for self-reflection and awakening feelings of responsibility, and role-playing or rehearsing new behaviours,” continued Mrs Madlopha-Mthethwa.

“We believe that there are key elements to stopping bullying which involves educating the bullies, imposing greater sanctions for the bullies, and protecting the victim. Furthermore, schools should equip their staff members and teachers with intervention and prevention skills. Teachers should be trained in identifying and responding to symptoms which point to victimisation. Parents are also expected to reinforce positive behaviours, which are related to good interpersonal interactions. Parents are further expected to always notice their children’s attitude and behaviours,” concluded Mrs Madlopha-Mthethwa.

The IFP is of the view that bullying will not stop if we wait for parents and elders to stop it. Learners themselves must be the generation of change.