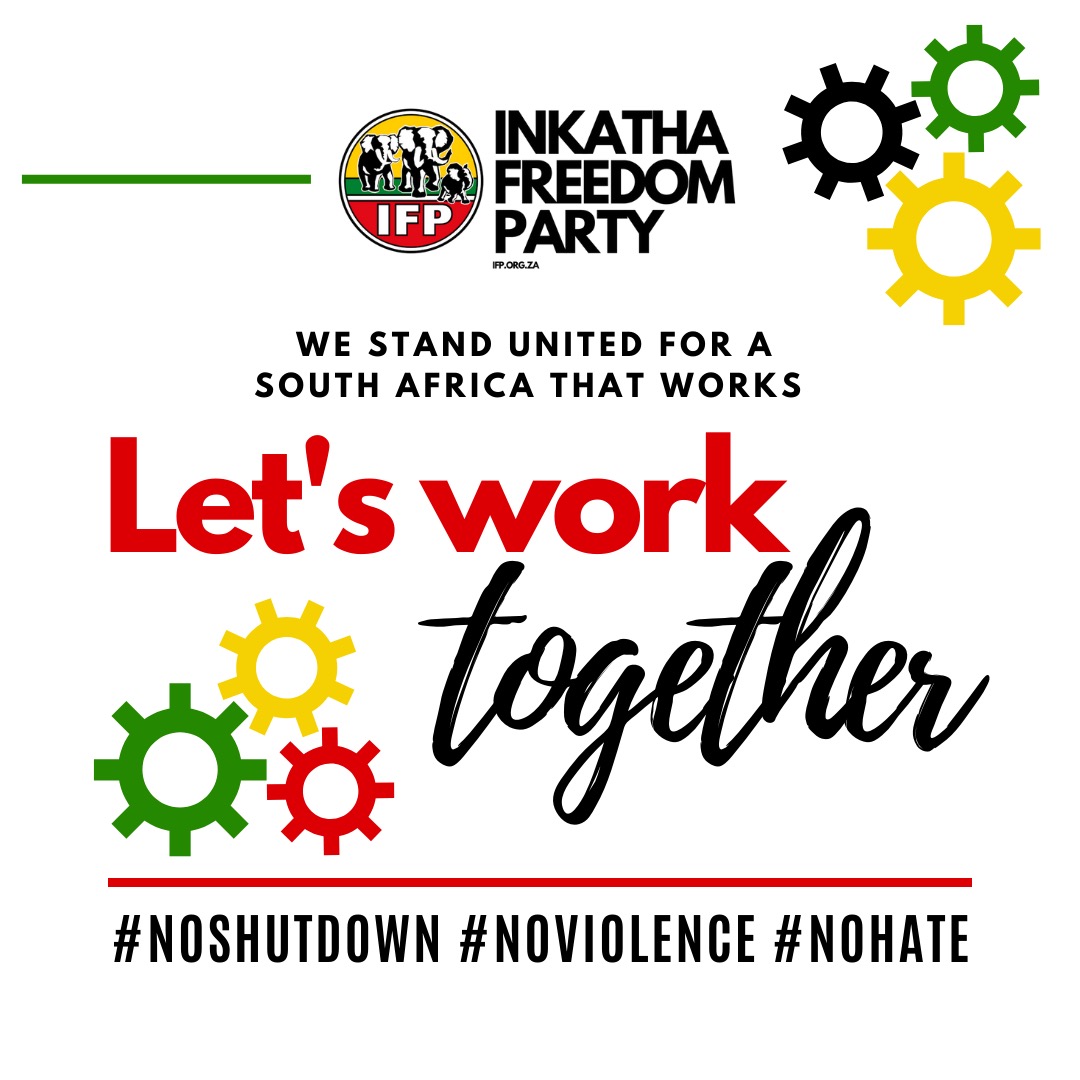 IFP Calls for Calm, and for Unrest Instigators to Be Brought to Justice

The IFP has taken note of various reports circulating over the past 48 hours, indicating the possibility for protest action on Monday, 23 August.

The country – and particularly KwaZulu-Natal and Gauteng – has barely managed to get back on its feet following last month’s violent unrest. As the IFP, we are calling for calm, and would like to encourage South Africans to refrain from any violent protest action. Following the recent loss of life, as well as the damage and destruction of property, amounting in the tens of billions of rands, the country cannot afford another such body-blow.

Further, as the official opposition in KZN, we would like to ask the governing party why no action has yet been taken against the instigators of the recent anarchy that unfolded across the country? According to reputable media sources, among others, members of the ruling party were identified as being instigators of the recent chaos. These persons should be facing not only internal disciplinary action, but also criminal charges. Instead, they are allowed the freedom to potentially instigate further violence. This is unacceptable.

How can the people of KZN – and South Africa – place their trust in those who themselves were involved in the mayhem of July, which left the country reeling. People lost their lives and their livelihoods. Those responsible must be held accountable – including those who are rank-and-file-members of the governing party – without fear or favour.

The people of South Africa deserve the truth, for the Rule of Law to be upheld, and for the governing party to be held accountable for any actions that may harm South Africa and her people.