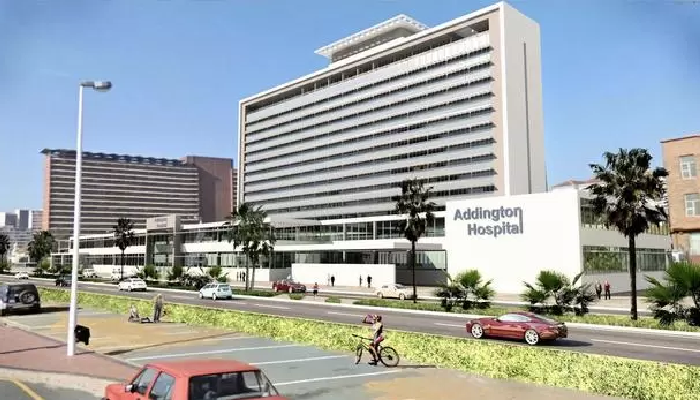 The IFP in KwaZulu-Natal calls on the KwaZulu-Natal Health department to conduct a full investigation into the fire that broke out at Addington Hospital.

Medical waste and general refuse caught alight in a storage on the 7th floor of Addington Hospital in Durban on Tuesday. The fire was extinguished by staff and the Durban Fire department. This led to the paediatric and neo-natal units to be evacuated.

This incident calls for a thorough investigation into how waste management is being handled by hospitals. We are of a firm belief that waste storage in hospitals should be designated on the lower levels of the hospital buildings. By doing so this will mitigate the risks of fires which put patients’ lives at risk at any given time.

We are concerned about the recurring of fires at Addington Hospital, as we saw in 2018 where two sporadic fires broke out on different floors of this hospital.

The IFP call upon the KZN MEC of Health, Nomagugu Simelane-Zulu to ensure that security and safety measures are improved at Addington Hospital. This will ensure that such incidents are prevented.

Anyone found to be involved in starting the fire deliberately at Addington Hospital must be held accountable for endangering lives of medical staff and patients and damaging infrastructure. That person must be charged with attempted murder and charges of tampering and destroying essential infrastructure.