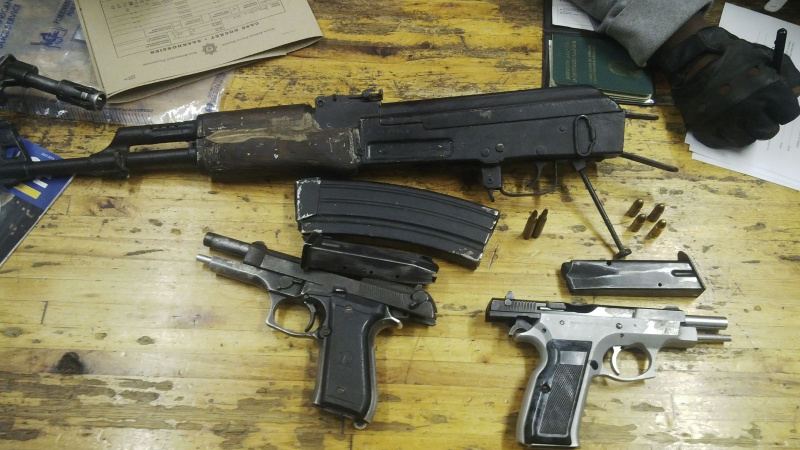 IFP Calls for a National Dialogue on Illegal Guns

The Inkatha Freedom Party in KwaZulu-Natal takes a very grim view of the crime statistics that were announced today.

“We are not at all surprised at the rise in murder crime cases in our province as there were 4014 murders reported in the province from April 2016 to March 2017. While we analyse these statistics, we must keep in mind that these figures represent only reported cases of criminal activity.

Fact of life is that in this province hardly a day passes without us hearing of another murder, rape, abduction and burglary. Criminals are already a step ahead of the law enforcement agencies,” said IFP KZN Provincial Spokesperson on Community Safety and Liaison, Mr Blessed Gwala MPL.

“We also need to address the issue of the proliferation of illegal guns which are alleged to be used in the killings and committing crimes. This issue is a national problem and it needs a national response.

As the IFP we are of the opinion that there needs to be a discussion about illegal firearms in this country—a national discussion. It’s frustrating and it’s heart-breaking and we have to look in the mirror sometimes and realize we are a country that is prone to violence and prone to having availability of guns. New and modified strategies should be implemented as criminal trends change or evolve. With a renewed focus and intensity, we can and will do better,” continued Mr Gwala.

“KwaZulu-Natal must adopt a new mental paradigm and go in search of effective measures to eradicate violent crime, specifically murder, from the society. One obvious benefit to taking such a radical approach is that it will impose a sense of urgency in addressing the problem. In KwaZulu-Natal, we don’t just have crime, we have a crime epidemic.

Lastly, as the IFP we want concerted efforts from all quarters to eradicate the menace of alcohol and drugs abuse as it was found to be a generator of violent crime in the country and in KZN. We need the involvement of various government agencies and the local community including non-governmental organisations (NGOs). We wish to emphasise community empowerment, building capacity and knowledge to fight the drug menace,” concluded Mr Gwala.