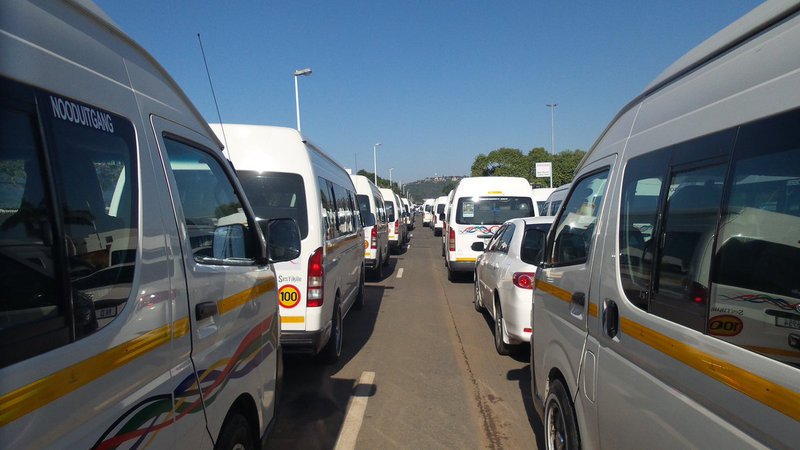 “Urgent coordinated action from national, provincial governments and the taxi industry is needed to avoid another possible national minibus taxi strike, which might leave commuters stranded and businesses affected next month as announced by SANTACO KZN.

The Inkatha Freedom Party is now calling on the Department of Transport to take urgent action to prevent the strike and deliver an amicable solution to this crisis which has “lurched from one crisis to another” in recent months,” said IFP National Spokesperson on Transport, Mr Khethamabala Sithole MP.

“This situation cannot be allowed to continue. Passengers who are forced to use taxis every day have been affected in previous strikes and will be affected again if another strike takes place. Passengers have suffered enough. Action is needed now to address this problem. Given the pivotal role the taxi industry plays in the movement of people in South Africa, any taxi strike will have an enormous impact on the economy.

We need to see bold action on the part of government to prevent this strike. Government needs to make it clear to the taxi industry that it will not tolerate passengers and businesses suffering any more disruption as a result of their strike action,” continued Mr Sithole.

“The frequency of these strikes, right in the middle of the month only serves to underline that urgent action is required to help reduce the impact of these strikes. Government must place real solutions on the table and implement plans that will ameliorate the effects of these repeated strikes and prevent them disrupting the travel plans of millions of citizens.

“I concur with my colleague, a Member of Parliament the Hon Inkosi Russel Cebekhulu who during a debate of the Budget Vote of the Department of Transport last month also supported a call for subsiding the taxi industry. He rightfully asked: “Why is it that commuter subsidies are not given to commuters using taxis as a means of transport to and from their place of employment? Why is it that when 75 per cent of our labour force makes use of such transport, government does not assist through subsidies”. It is up to government to address this matter in a responsible manner so as to avoid large scale disruptions”, concluded Mr Sithole.