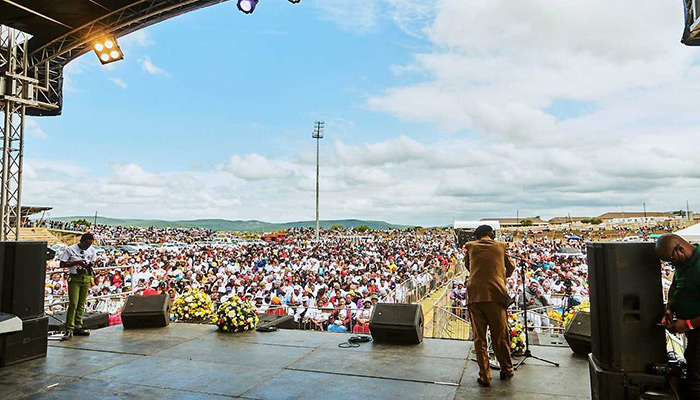 As the Inkatha Freedom Party (IFP) approaches the final rally of our 2021 Local Government Election (LGE) campaign in Ulundi tomorrow, we are reasonably satisfied with how the campaigning has gone. This, despite the limitations imposed by the Covid-19 pandemic, as well as the limited time available.

However, as the IFP, we do not view campaigning as an event, but rather a process, which we began in 2016, after the last LGE. The IFP continued to strengthen and build upon its track record of good governance, and the voters responded in 2019, when our growth in KZN saw the IFP becoming the Official Opposition.

The IFP’s upward trajectory looks set to continue in 2021, a year dedicated to honouring the legacy of Prince Mangosuthu Buthelezi, whose example of servant leadership is an inspiration to all in the IFP.

The IFP’s National Campaign Committee (NCC) would like to express sincere appreciation to Prince Buthelezi, who, despite his advanced age, has been extremely active on the campaign trail.  We would further like to express our gratitude to IFP President, Hon. Velenkosini Hlabisa, MPL, who has spent the past month criss-crossing the country, speaking to young and old, communities and businesspeople, sharing the IFP’s message of hope.

A word of thanks must also be extended to all the IFP’s provincial and deployed leaders, who went all out on the campaign trail during the past few weeks. And lastly, to all those who turned out in their numbers to show their support – the IFP appreciates you!

The IFP would like to call on all the voters not to fall prey to the anti-democratic ideas that are being bandied about by other parties, such as the Democratic Alliance, which has been telling voters they are the only alternative to the ruling party. This is not only undemocratic, but also untrue. The IFP is a growing party, with leaders of integrity, who are committed to serving their communities with excellence. The IFP offers voters a credible alternative to the ruling party.

Further, when it comes to voters – and public representatives – safety is of paramount importance to the IFP. We would therefore like to reiterate our recent call for peaceful campaigning, and for political parties to do everything within their power to prevent infighting. It is not acceptable that candidates place their lives at risk when campaigning in a democratic dispensation.

The police must thoroughly investigate these acts of violence and bring the perpetrators to justice. The IFP hopes that the intelligence services – that have had a very poor showing of late – will be able to rise to the occasion and protect the lives and property of voters and candidates alike.

The IFP is also concerned with the recent surge in Eskom load shedding, which is an indictment upon the ruling party, and a clear indication of the devastating impact of corruption, and poor leadership. South Africa cannot trust the ruling party to keep the lights on. Eskom and many other SOEs find themselves on the brink of collapse.

This is not the IFP’s story. Where we govern, municipalities pay off their Eskom debt, and the IFP is committed to finding alternative energy solutions, and to lead the people of South Africa back into the light.

Other areas of concern include the IEC’s readiness for Election Day. The IEC has made many commitments to uphold Covid-19 health and safety protocols, and the IFP will hold them to these promises. This applies not only to the voting stations, but also where citizens are congregating outside venues. There have also been unfortunate errors and omissions during the run-up to the elections. With only four days to go until 1 November, we trust that the IEC is now well-prepared. The IFP – and the people of South Africa – are depending upon the IEC to deliver upon their constitutional mandate and to ensure “free and fair” elections.

As we did in 2016, and 2019, the IFP will keep the promises made to the people of South Africa and provide reliable, corruption-free governance and efficient service delivery.