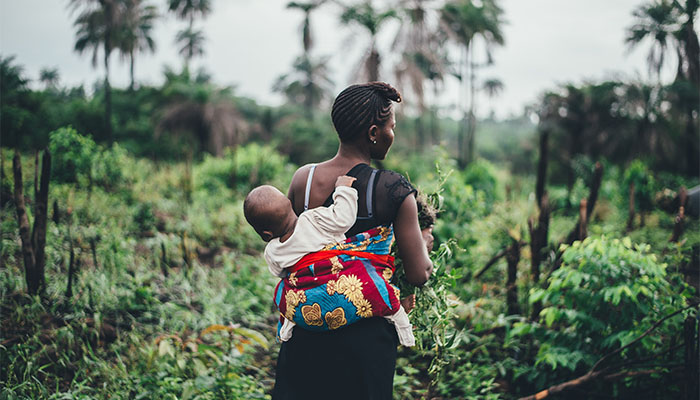 It is very unfortunate that we are here again today, listening to more empty promises to rural women who continue to suffer economic and social exclusion, which have for years undermined their capacity to develop and grow themselves in many ways.

It has been over 26 years of empty promises from the ruling government to rural women and rural communities, who are at the core of triple challenges of poverty, unemployment and inequality.

The ruling government knows that women make up the majority of the rural population and labour force in  commercial farming, yet they are deprived of land ownership to this day. It has even failed to protect these rural women against brutal and unfair  treatment they receive from some of the farmers because the dignity of a rural woman has never been respected by the ruling  government. They are only remembered when it’s time for elections.

It is an undisputed, well-documented fact that the government of the day’s land reform programme has failed all women of South Africa, especially rural black women. Yet most rural women depend on land and informal sector for a living to provide food for their families. The majority of households are headed by poor women in our country, yet only men have been major beneficiaries of government’s land reform programme. Women continue to be short-changed by a system that is in dire need of transformation.

It is therefore a fact that the government’s plan to combat the plight of women’s landlessness has borne invisible fruits so far.  Even research-based evidence shows that women in South Africa still carry the cost of oppression; they are still excluded and marginalised by the land reform programme – with women constituting less than a quarter of land beneficiaries in the whole country.

Land reform policies have failed to make rural women champion production of their own food, but rather have made them dependent on social grants and donations from the government. This dependency culture has totally crippled our women.

In the past, rural women have always been able to produce food to feed their families and sell, which in turn contributed to the protection of food security, and seizing economic opportunities in the informal sector. It does not help that Covid-19 has also  made things worse for rural women, who depend in the informal sector for a living, as it affected their ability to earn a living, thanks to social distancing and the ban on non-essential commerce.

Moreover, the ruling government even lacks a plan to accommodate rural women who migrate to towns and cities to seek employment opportunities. Instead, they are treated like foreigners in their own country. Many are forced to converge in informal settlements, without proper basic services such as ablution facilities, water and electricity.

IFP believes that there is a need for the Premier to commission a full-scale land audit to officially determine who owns what. Those findings should help with redistributing land to rural women, and to support their community projects to farm commercially.

We have, for years, watched the ANC comrades hogging state resources meant to assist poor communities in rural areas; as a result very few communities have had access to any assistance from state Departments, such as the Department of Agriculture and Rural Development.

The IFP leadership is the leadership that knows how to get the land working. We know what needs to be done, and how to do it.

Lastly, the IFP wishes to remind the government of the day that history will judge its governance harshly for failing to prioritise, empower and protect women in this country.