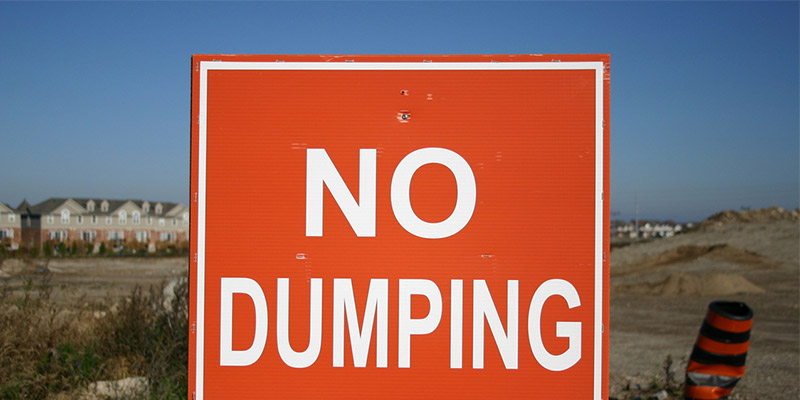 The Inkatha Freedom Party in KwaZulu-Natal is outraged by the wanton disregard for the environment and the health of citizens after employees of the SprayPave Group were caught dumping hazardous bitumen at Botha’s Hill.

“This is a criminal act which must be thoroughly investigated and stern action must be taken not only against the employees, but also against the company. Even though SprayPave has accepted responsibility and has attempted to rectify the damage, an investigation must reveal for how long this has been going on and what impact it is having on the environment and the lives of people in the area. This matter cannot be treated lightly in view of the World Health Organisation’s report which stated that asphalt fumes contain cancer-causing substances. Through the actions of these irresponsible employees of SprayPave, people’s lives are at risk and the damage to the environment can be long lasting. Such hazardous chemicals will contaminate our water supply and have a devastating effect on plant and animal life”, said IFP Spokesperson on Environmental Affairs in the KZN Legislature, Mr Hassan Motala MPL.

“We want to urge the Green Scorpions and the Department of Environmental Affairs to conduct an urgent and thorough investigation into this matter and ensure that those responsible are severely punished. A clear message must go out to all those who engage in the illegal dumping of any forms of waste material that they will be prosecuted to the full extent of the law. We also want to commend the Assagay Neighbourhood Watch for being vigilant and exposing this criminal act. In order to protect our neighbourhoods, all communities need to be watchful and report any transgressions of the law. Civic organisations and environmental watchdogs have a critical role to play in this regard. Government institutions charged with protecting and conserving the environment must act swiftly and decisively in dealing with complaints and prosecuting those found guilty of offences”, concluded Mr Motala.