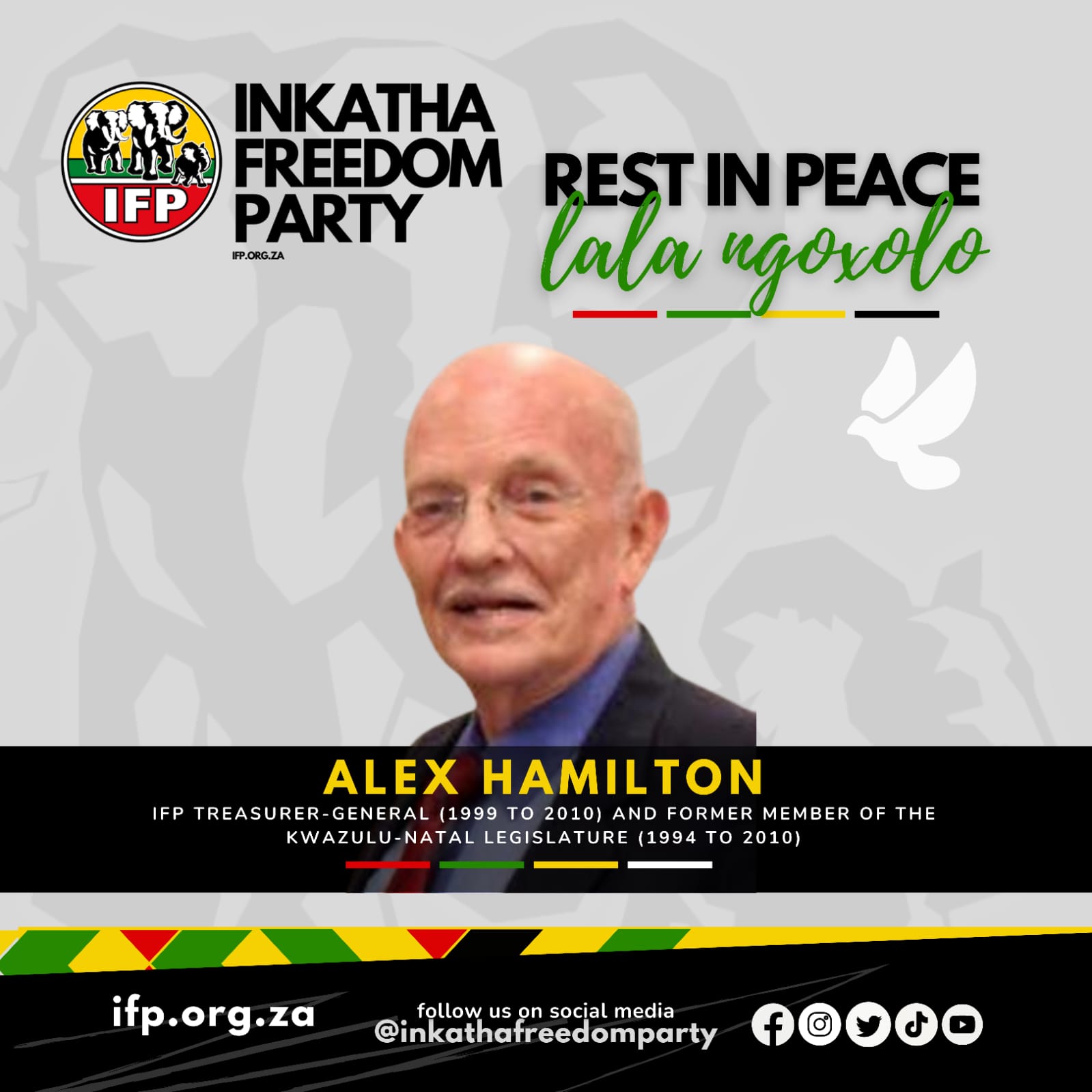 It is with great sadness that we confirm that IFP National Council Member, Mr Alexander (Alex) Hamilton, passed away tragically in the early hours of Saturday morning, 28 May 2022. Mr Hamilton was also a former IFP Treasurer-General (1999 to 2010) and former member of the KwaZulu-Natal Legislature (1994 to 2010), when he retired to focus on his business activities.

The news of Mr Alex Hamilton’s passing has shocked and deeply saddened his IFP family and the community at large. The IFP President Emeritus, Prince Mangosuthu Buthelezi, who knew Mr Alex Hamilton for several decades was extremely saddened by his untimely and tragic passing. Mr Hamilton, epitomized the spirit of ubuntu, a man who cared deeply and who was always willing and able to help those in need.

Born in Durban on 23 September 1943 he lived his whole life in the house at which he passed away. Well known in business circles through his various business interests, including Alexander Hamilton Construction and Windermere Holdings, Alex also contributed greatly and selflessly to community aid projects.

Well-known and respected in Inkatha circles, Alex formally joined the IFP in 1992 and has been a valuable member ever since. Alex, our friend and comrade, with his good hearted nature and his knowledge and expertise will be deeply missed.

As the IFP we extend our condolences to his daughter Zo and his extended family. We also ask for privacy for his family at this time as they come to grips with Alex’s passing. The media and interested parties will be informed in the coming week of funeral arrangements.
—
Contact
Mr Narend Singh
IFP Treasurer-general / Member: IFP National Executive Committee
083 788 5954