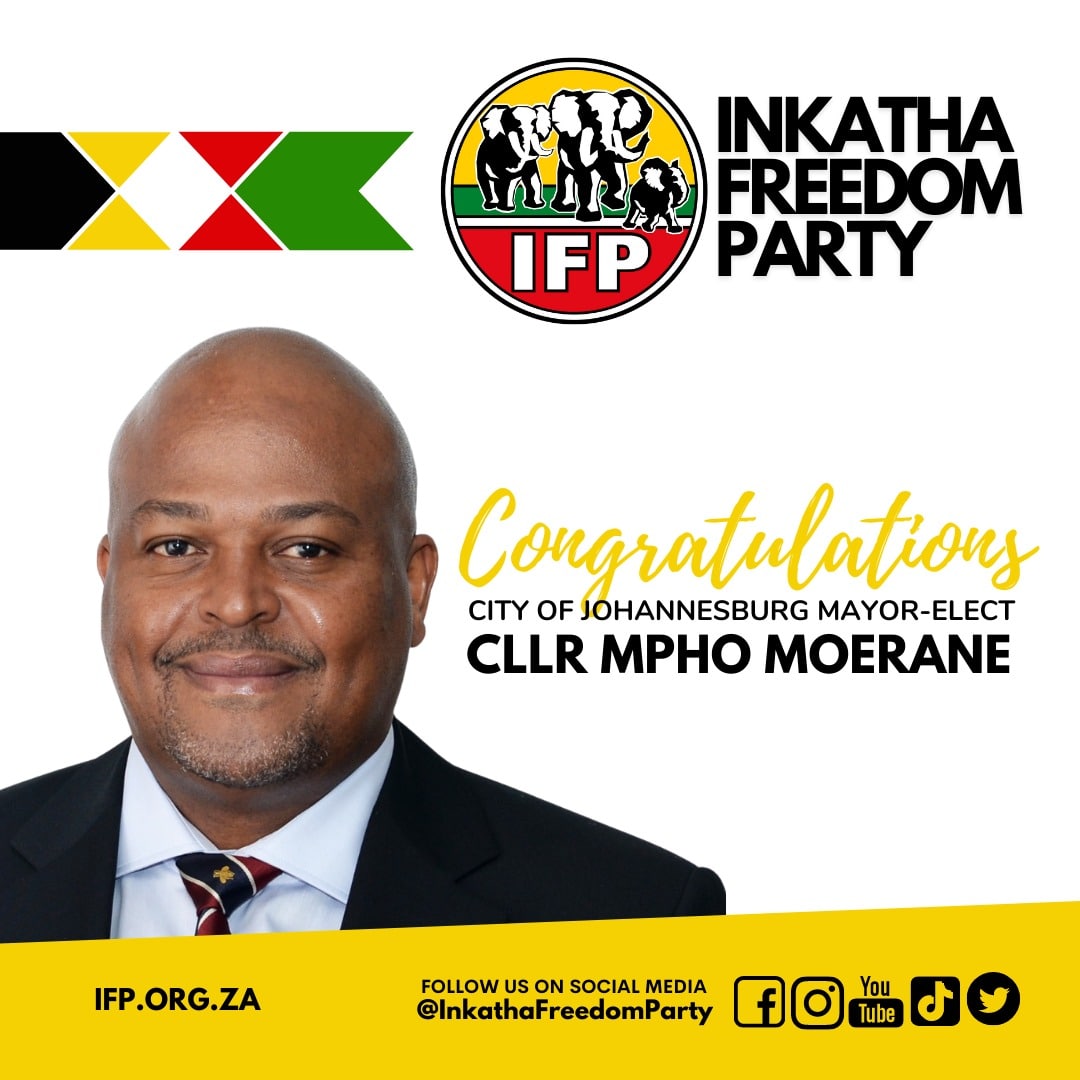 The Inkatha Freedom Party (IFP) in Gauteng wishes to congratulate Cllr Mpho Moerane on his election as the Executive Mayor of the City of Johannesburg (CoJ), during the Extra-Ordinary Council Meeting, held on Friday, 1 October 2021.

The IFP extends its good wishes to the new Mayor Moerane, as he takes on the reins for the next few weeks, until the next local government election, which will take place exactly a month from today. Moerane has served capably as the MMC for Environment and Infrastructure Services at CoJ, which gives him an understanding of some of the City’s challenges, hence our support of his election at this point.

The IFP is committed to working with the Mayor and his office, to ensure that the Government of Local Unity continues to deliver services to the people of Johannesburg.