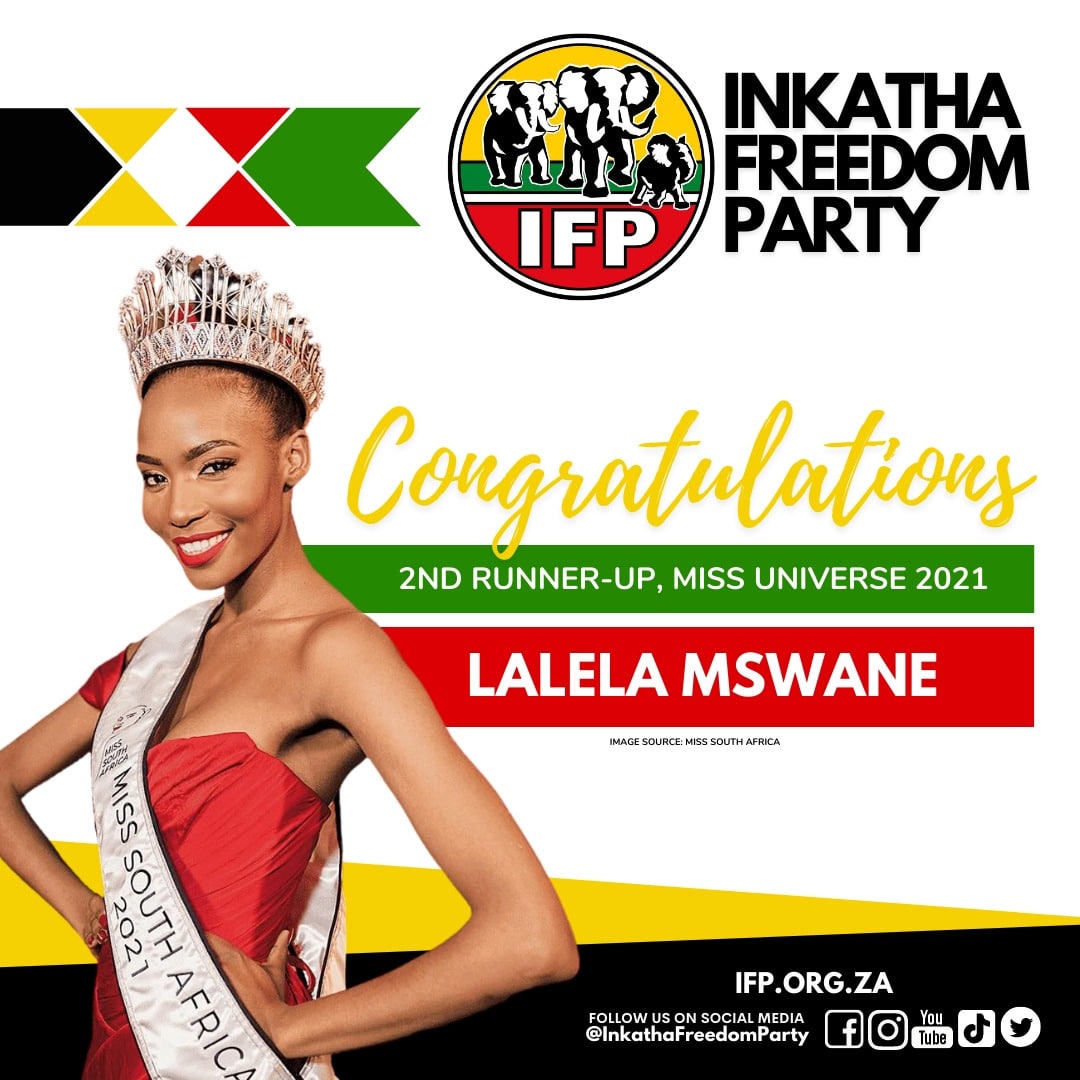 The Inkatha Freedom Party (IFP) would like to offer its heartfelt congratulations to Miss South Africa, Lalela Mswane, for finishing in the Top Three of the Miss Universe 2021 Pageant.

Miss South Africa, who hails from KwaZulu-Natal, was a firm favourite throughout the competition, finishing as second runner-up.  Ms Mswane did South Africa proud, with her inspiring and eloquent responses to questions from the judges, and words of encouragement to the young women of the world: “I would like young women to know that since the beginning of time they have had everything within them to achieve anything they wanted, it is the world that convinced that we do not.”

We would further like to applaud her symbolic costume choice in the national costume segment of the competition. Ms Mswane opted for a ‘Dove of Peace’ ensemble, which holds special significance not only for South Africa, but for the host country and the world at large.

We wish Ms Mswane well as she returns home to take up her duties as Miss South Africa, where she will continue to act as both a brand ambassador for South Africa, as well as an vocal advocate for the rights of women and girls.