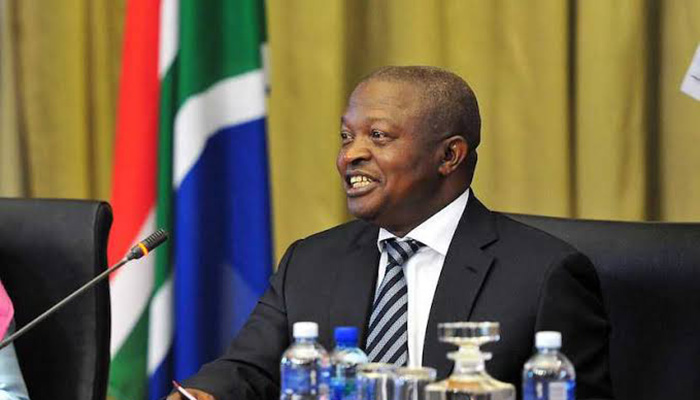 The IFP calls on Deputy President,David Mabuza to fulfill his promise to members of KZN Eyethu Surplus (NPO) which for the past 11 years have been knocking on the ANC door seeking assistance with their pension, but their pleas have been shunned.

Former employees of companies such as Rainbow, Eddles, Railway, Prestige and Sarmcol in desperation, staged a protest at the gates in front of the Pietermaritzburg Legislature this week, voicing their frustration. They are pleading to be assisted by Premier Sihle Zikalala to make representations on their behalf to get their pensions from their employers. The Inkatha Freedom Party is shocked and dismayed that that matter has been dragging on for so long and the level of lethargy from authorities to assist them. These are elderly people, mostly women who are being frustrated in their quest for what is due to them.

One of the peaceful protesters, Qalokwakhe Zeblon Skhakhane claims that he worked for Sarmcol for 20 years but was only paid R13 000 as a pension. He claims that most of the beneficiaries have long passed away because of stress. He further stated that their grievances have fallen on deaf ears without any success as they first lodged their complaint with the Office of the Premier when Dr Zweli Mkhize was the Premier of KwaZulu-Natal. He further alleges that neither former Premiers Willies Mchunu and Senzo Mchunu did not listen to their plight.

When Deputy President Mabuza came to Howick where they held a meeting before the 2019 National and Provincial elections, he promised swift action on this matter but up to now his promises have not yield any positive results.

Some of the protesters who carried their grandchildren on their backs claimed that they are widows who were paid peanuts as their pensions pay outs from their late husbands’ estates. They said that some of the claimants were assisted by attorneys and have been paid out their monies but most of them cannot afford high legal cost for lawyers and they urge government to intervene. It is a shame that the ANC government claims to have programmes in place for the elderly, women and children but fails to resolve issues that affects them at a fundamental level after promising to do so.

We urge the KZN Premier, Sihle Zikalala to institute an urgent investigation into this matter and assist these elderly people.