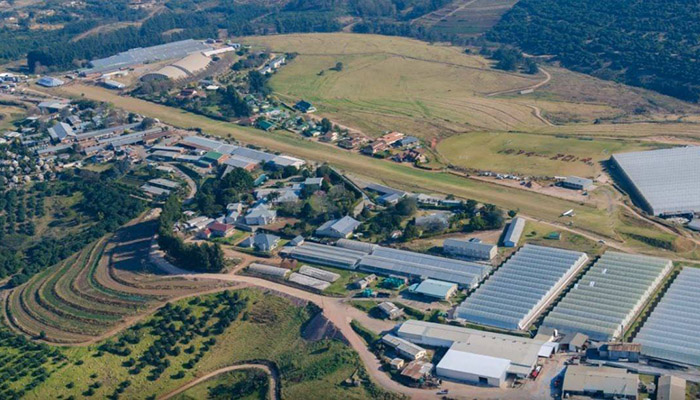 The IFP in KwaZulu-Natal dismisses the ANCYL in General Gizenga Mpanza’s Region media statement, which claims that the IFP is covering up the alleged injustices in KwaSizabantu Mission.

The IFP views these lies as a serious case of political bankruptcy. The statement is not only misleading but a ploy to embarrass the IFP. This is a plot orchestrated by the desperate ANCYL leadership to regain its momentum amongst voters.

We are not surprised by this bile-spewing grandstanding, as local elections are around the corner.

We want to put it on record that not a single employee from KwaSizabantu Mission has ever approached the IFP regarding the alleged ongoing injustices at that Mission.

These cheap political tactics emanate from the looting and burning allegations at the Mission by unknown people – dating back as far as during former Premier Willies Mchunu’s tenure as the leader of the Province.

I personally contacted the KwaZulu-Natal acting Police Commissioner at that time – Major General Langa – alerting him about a whistleblower’s information, that some people were plotting to burn the KwaSizabantu Mission to ashes. Major General Langa confirmed the allegations, citing that His Majesty, King Zwelithini kaNyangayezizwe, had raised a similar concern to the police. Indeed, suspects were caught red-handed in possession of tyres, with an intention to commit arson. I was later informed that some individuals were brought to book.

I went on to inform the Multiparty Political Intervention Committee, which was established by the former Premier to deal with political hotspots in the province. I also sat on this committee as the IFP representative.

It is unfortunate that the Multiparty Political Intervention Committee did not respond to my call to visit the Mission to conduct a proper investigation, which could have put us in a better position to comprehend the whole situation.

This ANCYL’s senseless and baseless attacks, levelled against the IFP – blaming it for covering up labour issues in the KwaSizabantu Mission community – raise eyebrows about its (ANCYL) possible involvement in the arson attempt. They have decided to stage a smear campaign by pulling the IFP into the whole controversy.

How could have I known about the alleged challenges faced by the KwaSizabantu Mission community, since the Multiparty Political Intervention Committee failed to intervene.

One cannot shy away from the fact that the toothless “young lions” are on the mission to resurrect themselves from the political grave and make themselves relevant – hence they will do everything and anything in their power to shame the official opposition party in Province.

We are not surprised by the false and propagandistic information meant for brainwashing – that in the 1980s the IFP allowed the payment of minimum wages and condoned the exploitation of labourers. The ‘Johnny-come-lately’s in politics find pleasure in distorting the truth and will do anything to be seen as relevant. Labelling the IFP as a pro oppression party is an insult. Unlike the ANC, we do not judge people based on their skin colour nor creed but we judge them based on the content of their character.

First and foremost, the IFP is not a labour union, hence it has never represented any workers. Instead, IFP President Emeritus Prince Mangosuthu Buthelezi – as Chief Minister of the erstwhile KwaZulu government – travelled the world, urging international investors to invest in South Africa, particularly in KwaZulu-Natal. This resulted in a number of factories being built in Mandeni-KwaSithebe, New Germany in Pinetown, Newcastle and other areas. He was instrumental in the recognition of labour unions. His hard work, together with Dr Neil Aggett (a union activist), in fighting for the recognition of labour rights, earned him a prestigious George Meany Human Rights Award, presented by the International Labour Organisation (ILO) in 1982.

Therefore the IFP will not allow fallacies and mischievous information to be shoved down its throat. The IFP warned against the burning down of factories perpetuated by the UDF – an ANC surrogate – such that a number of factories left our shores and never returned. The UDF was against investment, hence they coined a resentment campaign against it. It was pro disinvestment and wanted the business world to impose economic sanctions to the country. This led to the industrial action, which saw the burning down of factories. The IFP will never allow people to suffer from a lack of historical understanding and political starvation. The IFP will not tolerate political idiots and political bambinos craving political glory at its expense.