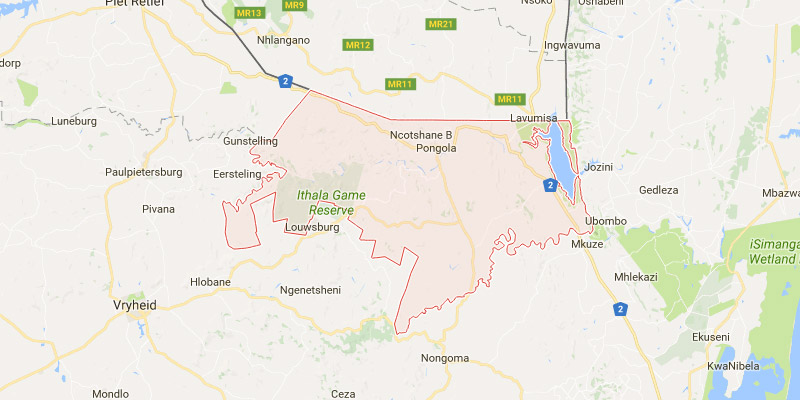 The winds of change are blowing through our nation. For the first time since we achieved democracy, voters are questioning why they should give their vote to leaders who have let them down. The dominance of the ruling party is coming to an end. At last, people are voting with their hearts and minds. Politicians are no longer being rewarded with support they didn’t earn, and allegiance they don’t deserve. We have come too far as a country to allow anyone to lead without integrity.

This is the message South Africans sent through the ballot box on August 3rd 2016. The results of the Local Government Elections expressed the will of the people. With your votes, you told us that you want something different; something better than the weak leadership you have endured from those who were meant to serve you. You have called for the return of integrity to politics. You have asked for a leadership you can trust. You have voted IFP.

I want to thank you for speaking with your vote. The results of the 2016 Local Government Elections were a milestone achievement for the IFP. Across South Africa we more than doubled our support. In KwaZulu Natal, we were restored as the biggest opposition party, overtaking the DA in local governance.

Nkandla remained firmly in our fold. In Umkhanyakude, the IFP won victories in Jozini, Mtubutuba and Big 5/Hlabisa, placing us in leadership at both local and district levels. Mthonjaneni, Msinga and Endumeni are now all under IFP leadership. Nqutu too was poised to become an IFP-led municipality, which would give us Umzinyathi District as well, but the MEC for Local Governance has managed to manoeuvre these two municipalities into administration. We still have hope that the will of the people will prevail.

But our biggest victory was in Zululand, where the District Municipality was given back to the IFP. In Ulundi and Nongoma, every single ward that the IFP contested became an IFP victory. Abaqulusi is now under an IFP leadership. And uPhongolo is poised to become another IFP success story.

The ANC won with a narrow victory in uPhongolo; so narrow that the IFP can take over this municipality with just one more ward. Fortunately, ten days from now, on Wednesday 29 March, a by-election will be held in ward 71 to decide the future of this municipality. If the IFP wins that by-election, uPhongolo will join Ulundi, Nongoma and Abaqulusi in a strengthened Zululand District under a leadership of integrity.

I therefore urge you to take this by-election seriously. There are 3 890 registered voters in Ward 71. On 29 March, voting stations will open for just one day, at Sivule Primary School, Ntshangase Tribal Court, Sibonile Primary School and Sithambi Community Hall. At these voting stations, the residents of ward 71 will cast your vote for a new councillor. Make sure you choose well. Make sure your candidate is backed by a party you can trust.

Right now our opponents are parading a letter written to the Mayor of Nongoma, in which a councillor requests contributions for this by-election campaign. That is not the way the IFP does things. We have been quick to respond, for we have nothing to hide. We know this councillor and we know that he was not authorised by any structure or leader in the Party to write to the Mayor of Nongoma. He abused an IFP letterhead to do something against IFP policies.

Our Mayor of Nongoma rejected the letter’s request, for he knows the IFP’s Constitution and adheres to the IFP’s strict code of ethics. The author of the letter will now be subjected to the IFP’s disciplinary process, so that he can answer for what he has done. But let us be clear. There has been no corruption and no ethical boundaries have been crossed. This is about one person who, of their own accord, acted outside the IFP’s policies, and was immediately brought back in line.

Nevertheless, our opponents have pounced on this letter, hoping against hope that it will divert attention from their very real failures of integrity.

There is a damning report, for instance, from chartered accountants who have investigated corruption in Nongoma under the ANC/NFP coalition. It gives facts and figures of widespread corruption, where actual money changed hands. Evidence of maladministration, corruption and mismanagement are emerging in many other places as well, where the coalition of the ANC and NFP drove municipalities into the ground.

These parties are pointing at the IFP and crying, “Corruption!” when they themselves are rotten to the core. I say this because I have witnessed the despicable lengths they go to, to subvert the will of the people and manipulate themselves into power. The IEC has had to postpone several by-elections when evidence arose that people were being bussed into wards where they do not live, to boost the votes of our opponents.

Registering to vote where you do not live is a criminal offence. Yet people are bribed to do it. They are promised jobs that never materialise, and they allow themselves to be used.

The amount of money that changed hands for the August 3rd elections is quite phenomenal. But that is not the way democracy is supposed to work. Votes should never be for sale. They cannot be bought or bargained for. Your vote determines the future of your community. It’s not a commodity you can sell to the highest bidder. No; it’s the way democracy enables you to secure good and honest governance. Do you think that someone who manipulates the vote is going to govern with integrity?

I am under no illusion that this by-election will be contested on a level playing field. I expect the usual tricks, shenanigans and manipulation. So I ask you to be vigilant. If you see people voting who don’t live in this ward, report it to the police and the IEC. Speak to your party agent. Don’t let your vote be cancelled out by a vote that should never have been cast. This is your community. It’s your voice that must be heard.

We need to win this by-election for the IFP, so that a strong message will go out to all political parties that the people demand respect. We demand honest leadership. We demand integrity. We demand transparency when things go wrong, and accountability to set things right. We demand representatives we can trust and governance that works.

This by-election is the first step towards a renewed partnership of trust. The IFP must build on our electoral success. The positive results of 2016 must become a foundation for even greater growth.

We need to prepare now for the national and provincial elections of 2019. We have just two years to mount a powerful campaign that will see the IFP restored to leadership at every level. If you want to see integrity overcome corruption, and servant leadership replacing arrogance, you need to strengthen the IFP. It starts here.

Let us mobilise support like never before. Let us renew our memberships and take up new membership of the IFP. Let’s get our friends and neighbours and families to sign up to support a party that we all can trust. We need to change the way politics works in our country, taking the power away from those who abuse it, and empowering those with the kind of character we can actually respect.

The IFP will keep working for you. We will be recognised by our actions. My greatest hope is that people will look at IFP members and be able to say, “I see the difference. You are people of integrity. You are people I can trust. I want to join you.” When we hear that, we will know that we have served South Africa well.

Let’s make this by-election an IFP victory, so that uPhongolo can be strengthened.