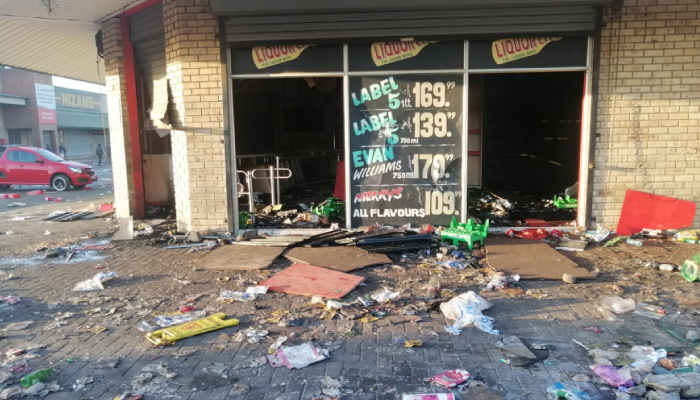 The IFP in Gauteng condemns in the strongest terms possible the illegal actions taken by South African residents in the looting of foreign-owned shops in the City of Johannesburg, Ekurhuleni and in Tshwane.

We are also totally against some of the reported violent attacks perpetrated by some South African citizens against foreign nationals in the aforementioned areas. We state categorically that the IFP has never believed nor supported violence because violence cannot bring a just solution.

We are therefore calling on all the involved South Africans to desist from any form of looting, violence and intimidation as these are not appropriate responses to disaffection with the regrettable way in which some foreign-nationals recently behaved towards the police in the Joburg CBD and the alleged selling of expired and illicit goods by some foreign shop owners. The IFP is of the view that nothing rationalises people taking the law into their own hands and thus strongly condemns this unrestrained behaviour.

We are, also, calling on the government to create the necessary platforms for dealing with the underlying issues which are the real cause of these violent outbreaks. It is undeniable that the fundamental causes of these events are unemployment, poverty, inequality and poor service delivery and the lack of documentation for foreign nationals.

The citizens of this province are not happy with the way things are going. What we are sitting with is ticking time bomb likely to explode at any given time. Thus, it is important for the government to intervene and do so decisively to restore the confidence that it has clearly lost from the public.

It is important for the government to act now and prevent a situation where being a foreigner becomes a crime in our province.

Foreigners must be able to do business in Gauteng, so long as they follow due process and regulations. And government must deliberately make it easy and actively help South Africans who wants to start their own business by removing the unnecessary barriers that are making it difficult or impossible for them to do so.