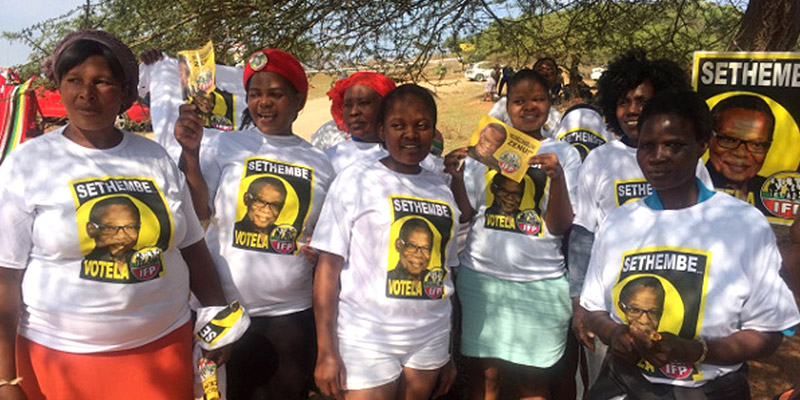 IFP Grateful For Support From The Electorate So Far

The IFP, as it awaits the final results at the IEC results centre in Pretoria, has said that it is grateful for the support it has received from the electorate so far.

The IFP currently has secured 4.89% of the nation’s support and is hoping that it will still increase its support base in the next 24 to 48 hours, as the IEC finalizes the counting and verification of votes.

“It is clear that our message of ‘Trust Us’ has been well received by the public at large. The current levels of support we are seeing is an indication that during a campaign which again saw many empty slogans and promises, citizens have chosen a leader of integrity and a party with a sound-track record of good governance. Furthermore, it is clear at this stage that the IFP has not only reclaimed lost ground but that it will double its support from the 2014 election,” said Mr Albert Mncwango, MP.

The IFP has reclaimed a number of municipalities from the failed NFP-ANC coalition such as Nongoma, Mtonjaneni and Nkandla, where the IFP has secured 11 out of the 14 wards.

“We thank the people of South Africa who have come out in their numbers to support the IFP. But more importantly we thank the members of the NFP who have returned home to the IFP. We are optimistic that we are on track to reclaim many more municipalities in the hours to come. We will be ready to govern them in the best interests of our people,” concluded Mncwango.