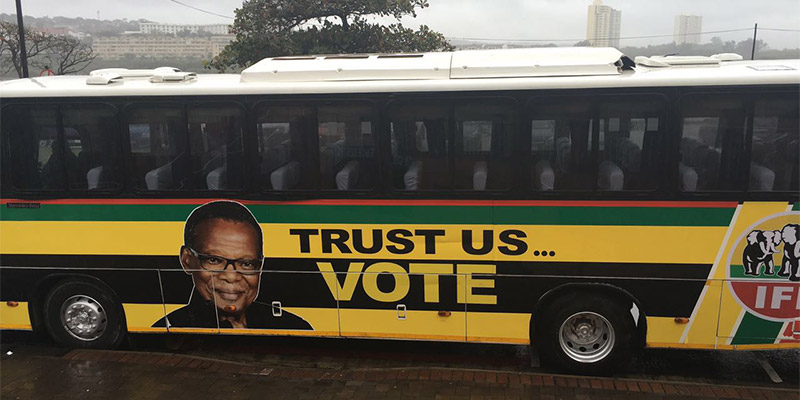 Following the warm reception it received last week, the IFP will again take its campaign to Folweni township tomorrow, in an effort to convince undecided voters. The IFP campaign will be led by KZN MPL who is also Deputy National Spokesperson Joshua Mazibuko and EThekwini EXCO Member Mdu Nkosi. Mazibuko said that last week’s campaign at Folweni convinced them that they will reap more political fruit if they intensify their campaign.

“In fact we have resolved that from now until elections we we will narrow our campaign to specific focussed areas previously known to be anti-IFP. We expect more support in these areas,” said Mazibuko.

All media are invited to join the campaign.