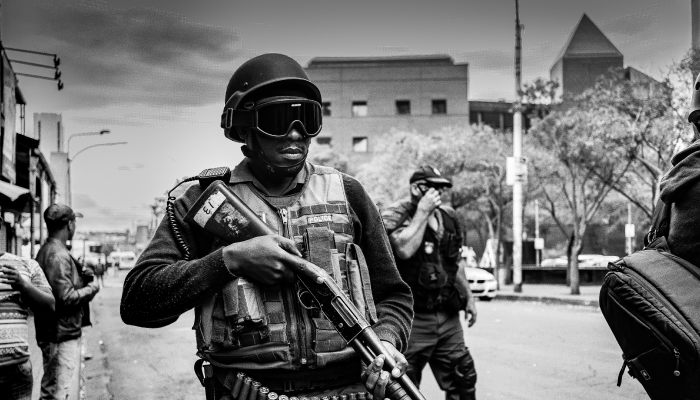 The IFP believes that IT IS HIGH TIME to have an honest national dialogue around stringent measures to eradicate crime in KwaZulu-Natal.

This comes after the crime statistics, by Police Minister General Bheki Cele, which painted KwaZulu-Natal as haven for crime. Murder in KwaZulu-Natal increased from 4,382 in the last reporting period to 4,395 this reporting period. Sexual offences jumped 6.3 percent going from 8,759 reported cases to 9,308 reported. Rape also increased in KZN shooting up from 7,243 to 7,667. Carjacking increased from 2,698 to 2,764. Attempted murder also jumped from 4,099 reported cases to 4,203.

Robbery with aggravated circumstances also saw an increase rising from 94,914 to 97,505. Robbery at residential properties was also up, rising from 4,174 to 4,182. This statistics report should be widely shared among those who are supposed to take action as a wake-up call. It should not just be another report that we develop and is kept on the shelf.

As the IFP in KZN, we strongly believe that the increase in crime levels in the Province speaks to the disturbing levels of graft, bribery, abuse of power, failure to act and dereliction of duty by officials in all ranks of law-enforcement including station commanders, sergeants and warrant officers who seem to be always in cahoots with criminals and law breakers.

The IFP repeatedly called upon the former MEC of Community of Safety & Liaison, Mxolisi Kaunda to present a plan of cleaning out the Law Enforcement Unit in this Province. Greedy, politically influenced, ethically compromised individuals and corrupt police officers should be flushed out if we want to see change in these statistics.

The IFP further believes that poor gun control contributes to the high murder and overall crime rate in this province. These statistics are nothing but an indication that guns are deeply ingrained in the society. Eradicating gun availability and accessibility is proving to be happening at a lower rate. The IFP believes that a lot of attention should be given to the control of firearms. The current firearms control act has many loopholes that is being exploited which in turn is flooding this country with firearms which are ultimately ending up in the hands of criminals. Also, fraud and corruption have resulted in a steady increase in the availability of guns in our societies and things need to change speedily. We call for strengthening of the firearms control act.

The IFP further, believes that it is the right time to give provinces powers to fight crime by decentralise policing powers. This is the moment for this province to have police force that is controlled within the province to fight crime according to the needs of this province and improve police integrity. Members of the public will start to report crime at all times. We suspect that there are many cases that go unreported due to communities not trusting law enforcement members therefore decentralisation of police powers to provinces is essential.

The former Community Safety & Liaison MEC Hon Mxolisi Kaunda when presenting the 2018/19 budget Vote for this Department, he used a theme “DECLARING WAR AGAINST CRIME” and further went on to promise the people that he was going to eradicate crime in the Province. However, these 2018/19 official crime statistics, are saying something opposite, particularly, murder, sexual offences, illegal guns, drug related crimes and contact crimes increase. Now it’s time that the Department under the newly appointed MEC of Community Safety and Liaison, Hon Bheki Ntuli to walk the talk.

Crime is the enemy of everyone, and if the public does not trust our law enforcement, crime and lawlessness will continue to get out of hand in this province.