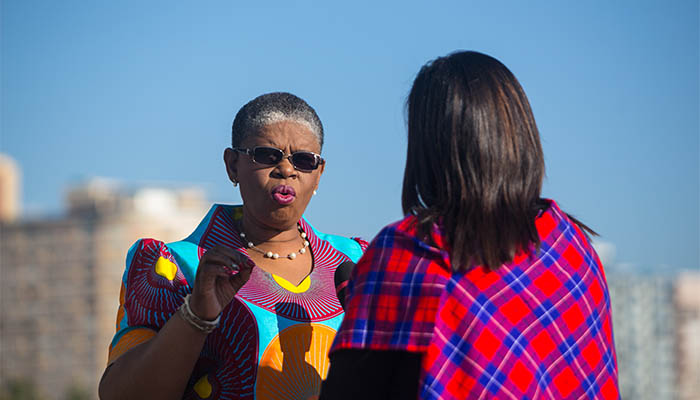 The IFP in KZN has today filed papers with the Pietermaritzburg High Court (Case Number 8052/22), requesting that the judiciary have Zandile Gumede’s appointment by the ANC in KZN – as a Member of the KZN Provincial Legislature (MPL) – overturned.

Our numerous calls on the ANC in KZN, and our plea to the ANC’s National Leadership to intervene on this matter, have fallen on deaf ears. Therefore, we are now taking this fight against the irrational appointment of Zandile Gumede as an MPL to the courts.

We have exhausted all other avenues and it is now up to our bid in the High Court to settle matters once and for all.

Zandile Gumede, along with 16 municipal officials, face fraud, corruption and racketeering charges linked to a tender scam valued at over R400 million. Gumede tanked service delivery in eThekwini when she was the Mayor, as she placed herself and her needs above the lives and livelihoods of the people in the Metro.

The ANC’s refusal to entirely rid the public service in the province of Zandile Gumede’s brand of failed leadership and poor management is blindly robbing the residents of KZN.

It is a slap in the face by the ANC to the public that: Zandile Gumede, while suspended, earns a lavish salary doing absolutely nothing while she is being investigated by the law enforcement agencies for alleged corrupt dealings.

We cannot allow the ANC to continue to recycle and redeploy failed and corrupt cadres within their ranks in key government and administration positions, at the expense of the people of KZN and the country.

This matter goes beyond just the ‘Zandile Gumede-saga’. The ANC must be sent a clear message that our country can no longer tolerate the ANC’s ‘business-as-usual’ approach when it comes to placing corrupt individuals at the helm of key institutions.

Our country and the Province cannot afford this expensive decision by the ANC in KZN to hold onto the disgraced former Mayor of eThekwini, Zandile Gumede.