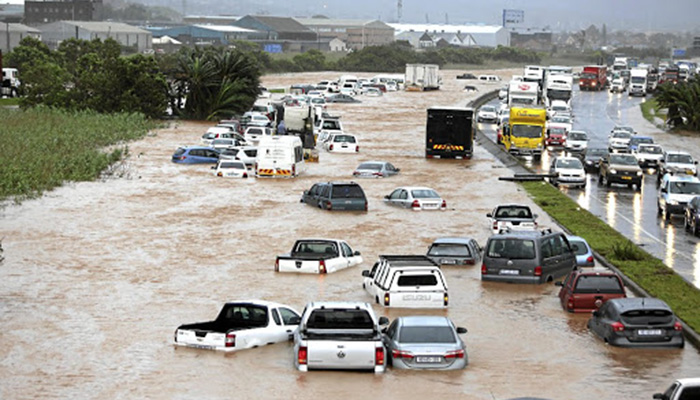 The Inkatha Freedom Party in KZN calls for an increase in disaster services across the province after a tornado left a trail of destruction in uMshwathi Local Municipality outside Pietermaritzburg on Tuesday night leaving scores of people injured and several homes and public infrastructure damaged.

KZN Weather Services have predicted more heavy rains and storms throughout the week. The tornado, according to the Weather Services might still rip through other parts of the province, an indication of more danger as more people could be injured and more homes or infrastructure damaged.

KwaZulu-Natal bear the brunt of increasingly severe flooding and droughts caused by the climate change. The IFP urges the KZN Department of Cogta in partnership with other departments to expand the provision of emergency services and support to affected communities. Provincial and local disaster management teams are urged to respond swiftly in order to provide relief to residents in areas. Changing weather patterns demands that government departments must have efficient and convenient disaster management plans in place to minimise loss of lives.

The government must also embark on increasing awareness on climate change as the IFP believes that as people learn more about climate change, they may be more vigilant and take informed decisions that could save their lives. Severe weather changes are a threat that is already costing the people of this country severely. The intensity and destructive force of these storms and droughts should come as no surprise. It is just foreshadowing for a future we have to prepare ourselves of. I believe that there is an urgent need for climate change awareness outreach programmes.

The current extremes and challenges of climate variability often manifested as floods and droughts will be experienced for decades to come. The impacts of climate change—such as these increased dry spells and erratic rains continue to undermine decades of development gains and future development trajectories in KZN.

In addition, we urge municipalities to play their role in intervening in their communities during this difficult time. Despite our laws and regulations requiring local government to take action to reduce the risk of disasters, planning for climate change is still no more than sophisticated rhetoric for some municipalities. This lack of urgency can be ascribed to local municipalities having other more pressing developmental priorities. It would, however, be short-sighted of municipalities not to plan for disaster emergencies.

Each of us has a responsibility to protect the welfare of our planet, for one another and for future generations.