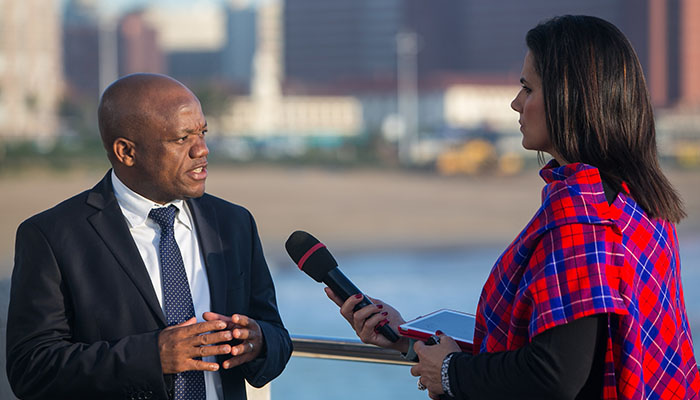 The IFP has accused KZN Premier, Sihle Zikalala for turning the Taking Legislature to the People event at Mantiyaneni Sports Field in uMzumbe into an ANC Rally.

As the IFP we are very perturbed by the behaviour of the KZN Premier, Sihle Zikalala to use government event to discredit the erstwhile KwaZulu-Government where he said it was incompetent and useless.

We are concerned that when this programme takes place it is the Executive that dominates the whole programme except only when members of opposition parties participate in debates which roughly amounts to 10% of the whole session of Taking the Legislature to the People.

This once again proves that the IFP was correct all along in highlighting the fact that these TLTP jamborees do not justify the huge amounts of money that is wasted in staging these ANC self-glorification platforms. We have always said that the millions of rand spent on these events could be put to better use in providing the much-needed services to the people. But this was not an isolated case. We have details of a number of supposed government events that have been hijacked by ANC leaders and turned into nothing more than election rallies. At many of these events, ANC leaders who hold no government office are invited to speak.

We urge the Premier to refrain from using government events to pursue his narrow political interests. This is public money, intended for the delivery of critical services, and it is completely illegal to use it for political campaigning. The abuse of state funds for the benefit of the ANC is illegal, and is a breach of that promise to all South Africans. As the IFP we have complained many times in the past about such abuse of state resources by the ANC during by-elections but it continues to happen. It is unethical and unlawful for the ruling party to use tax payer’s money in an attempt to buy votes. It must be stated clear that the IFP is not against government providing services to the people but it is against ANC’s dirty tactics where the ANC is using government events under the guise of service delivery to campaign for votes.

The Premier should desist from casting aspersions on the IFP and misleading the public. The IFP has a good track record of good governance since the erstwhile KwaZulu government. With a meagre budget the erstwhile KwaZulu government, out of nothing, managed to build all these many schools that you see covering the valleys and hills of KwaZulu Natal. We are lucky to have leaders of high calibre like our President Emeritus, Prince Mangosuthu Buthelezi, Former Premiers, Dr Frank Mdlalose, Dr Ben Ngubane and Dr Lionel Mtshali. They performed very well in executing their duties.

Therefore, the Premier – it’s time to stop being obsessed about the IFP.