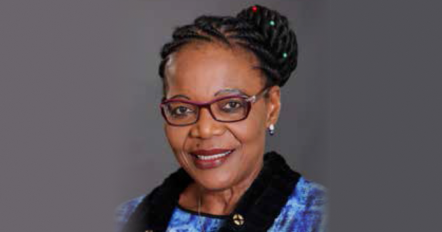 Since the IFP’s founding in 1975, we have declared that women are the backbone of South Africa. Women have carried the greater burden, facing dual discrimination for our skin colour and gender. After liberation, despite the Constitution, gender discrimination remained entrenched. And so our fight continued.

Today, women occupy some of the highest positions. From the judiciary to Parliament, from industry to the arts. But still we must fight; because inequality remains a feature of South Africa. The gender pay gap is still real. Higher unemployment among women is still a reality. And women still endure lower levels of education and higher levels of domestic responsibilities.

South Africa’s women are able to face these things. We have the courage and the strength to demand equal treatment. But we are being cut off at the knees by a greater evil that refuses to allow women to rise: this is the evil of gender-based violence.

The IFP Women’s Brigade is proud to represent a party that stands up for women. In fact, the majority of IFP members are women, because the IFP provides a genuine platform for empowerment. The IFP’s polices and principles are founded on respect for women and a real understanding of our strength.

When our Party’s Founder, Prince Mangosuthu Buthelezi, passed the baton to this generation, he gave us one final task: Protect South Africa’s women. And we are doing exactly that.

We call on you to consider the IFP’s track record, and to give your vote of confidence to a leadership you can trust.

There is no real will in the ruling party to protect South Africa’s women. If there was, they would have convened the National Council on Gender-Based Violence and Femicide. If they cared, our communities would have safehouses. They wouldn’t leave government-trained social workers sitting at home, unemployed.

If they were serious about equipping law enforcement, we would not have hundreds of women being raped every day. They are not winning this fight. Rape has increased by 72.4% in the last year. Women are being brutalised and slaughtered under a government that fails to act.

The IFP Women’s Brigade supports this manifesto, because it speaks to the hearts of women. It speaks to our everyday challenges, of feeding our families, accessing quality education and healthcare, building our communities, and ensuring sanitary dignity.

The IFP knows that basic interventions at municipal level change the lives of women. A streetlight means we can walk home safely. A reliable transport system means we can get to our jobs. Solid walls – and a door that locks – mean our children can be safe.

The IFP will keep fighting for equality in every sphere. We will keep walking with communities, protesting a dysfunctional and uncaring government. We will support victims of GBV, and demand additional protection for frontline workers. We will be at the forefront the good local governance, through your support and with your vote.

For the sake of protecting and empowering women, vote IFP!