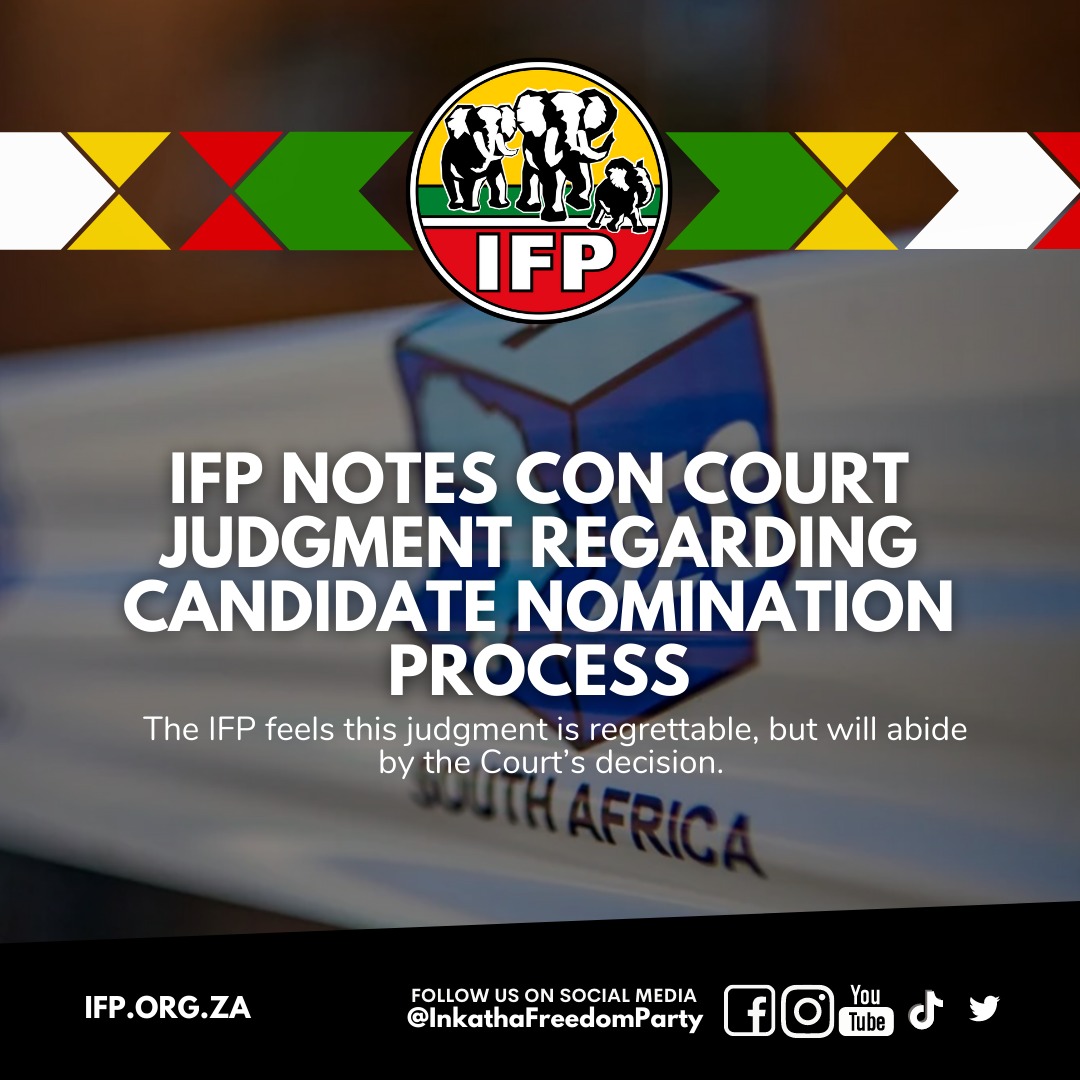 The Constitutional Court held that its order was not the only source of power for the Independent Electoral Commission (IEC) to amend its timetable and that the order did not preclude the IEC from relying on section 11(2) of the Municipal Electoral Act to amend the timetable.

The IFP respectfully disagrees with the Constitutional Court’s view that extending the candidate cut-off date is consistent with the legislative scheme and would enhance the freeness and fairness of elections. We had hoped that the Constitutional Court would interrogate the bona fides of the Commission’s view further, but possibly time constraints prevented a more thorough interrogation.

We note that the Constitutional Court has underscored that there is no final decision made regarding “whether the Commission’s decision is impeachable on the ground of ulterior motive”. The IFP will closely monitor the freeness and fairness of the elections.

The IFP feels this judgment is regrettable but will abide by the Court’s decision.

The IFP is ready for the upcoming elections and will meet those who have been allowed to come in through the back door at the ballot box on Election Day. The electorate will ultimately decide, and we believe that the IFP has presented a credible alternative to bring the necessary change to provide a functional local government to the people.