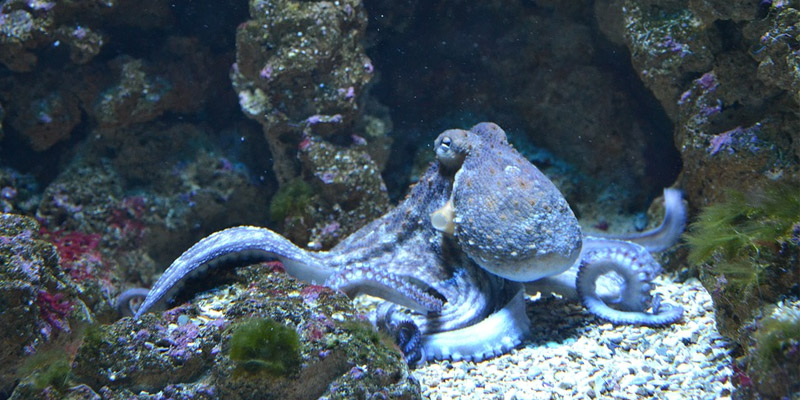 The Inkatha Freedom Party believes that government is once again placing short term profiteering before the conservation of its indigenous wildlife. On this occasion, the species under threat is that of octopus vulgaris, a marine octopode similar in intelligence to dolphins, and with a highly evolved nervous system.

IFP spokesperson on Agriculture, Forestry and Fisheries, Inkosi Russel Cebekhulu, MP, said, “There is no doubt that the marine species, octopodes is aware and sentient. It feels pain through its highly developed nervous system, and yet the Department of Agriculture, forestry and Fisheries [DAFF], see fit to allow research into the species which involves trapping the octopus in a plastic box attached to a long line in the middle of False Bay, where it is slowly starved to death, as these traps are only cleared every seven to ten days,”

“I am advised that this research has been going on since 2002, with the sole aim of determining whether or not the species is of sufficient quantity to supply international markets, most notably, that of Japan,”

“Research by-catch in this project has included entanglement, distress and in some instances death of numbers of whale, dolphin and endangered species of shark. I am also reliably informed that the DAFF are collecting research data via the fisherman who holds the research licence and who has a commercial interest in seeing this market opened up, which begs the question as to accuracy and impartiality of the information being presented to the department. This must be investigated,”

“The IFP calls for the immediate cessation of such barbaric forms of research, and for a full investigation and impact assessment to be conducted into this mooted market which could have huge environmental risks and drawbacks for South African marine ecosystems,” concluded Cebekhulu, MP.