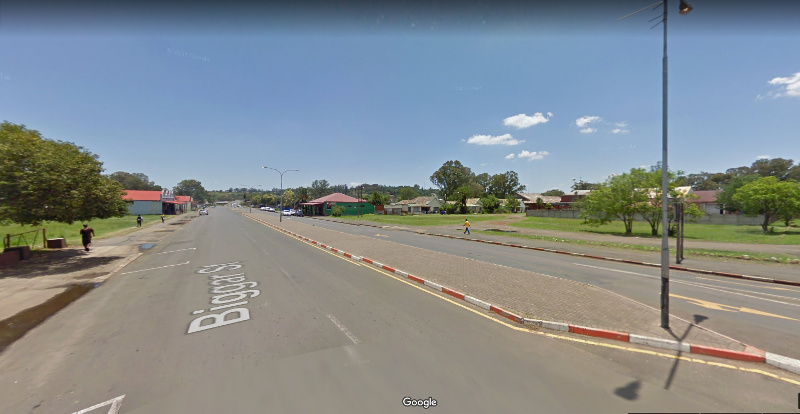 It’s good to be in Glencoe again, talking to people who understand democracy and recognise their own power to influence governance. We are at a watershed moment for governance in this community, because a by-election is about to be held. It’s therefore important that our dialogue continue, so that everyone knows what’s at stake and how each of us can make a difference.

When I came here in July, I spoke to you about the IFP’s difficult decision to expel our councillor in Glencoe. We had had to face the painful truth that our own councillor was trying to manipulate your voice and disrespect your decision. You deserve to know exactly what happened.

Through the ballot box, you had asked the IFP to lead governance in Glencoe, just as your neighbours did in the whole of eNdumeni. After experiencing the leadership of an ANC/NFP coalition for the past five years, the electorate overwhelmingly called on the IFP to return. Because of your votes, the IFP once again governs eNdumeni, Msinga and Nquthu. With your mandate, we administer Umzinyathi District.

The partnership between the IFP and the people proved solid and strong.

Thus they tried a different tactic. They somehow persuaded our councillor in this ward to support their attempts to remove the Mayor of Endumeni. They had made their plan clear from the start. At a council sitting after the local government elections, ANC Councillor Sduduzo Mdluli spoke openly about their programme to make Endumeni Municipality ungovernable.

We had seen what they did in Nquthu; how they held up service delivery with endless games. We would not allow that to happen in eNdumeni. So when Councillor Zitha began colluding with the ANC, we knew we had to act, and remove him.

The thing about the IFP is that we walk the talk. We hold our councillors accountable and demand a high level of integrity, so that when you vote IFP, you are voting for good leaders, backed by a good party. We promised to give you leaders you can trust, and we will always fulfil that promise.

Of course, we knew that if we expelled Councillor Zitha, a by-election would be called in Glencoe, and we would have to contest this ward all over again. We knew that our opponents would do everything in their power to manipulate the vote away from the IFP. We knew it would be a tough campaign. But we also knew that you deserve honest leaders, so there was really no choice but to do what was needed.

Now, we are back in a by-election. Glencoe is going back to the ballot box on Wednesday. Voting stations will open at Sithembile Community Hall and at Empisini Primary School, and 4 185 voters will be asked to make their mark for good local governance.

This is a pivotal moment for eNdumeni. All of the gains we have made to restore good governance will be on the line. Either we will keep this ward in the IFP, installing a councillor handpicked to keep moving forward; or we’ll see everything go backwards and all progress undone.

I am here to urge you to vote on Wednesday. Your vote is absolutely critical to victory in eNdumeni. If you don’t vote, your voice will be ignored. Your will for this community must never be manipulated. The facts are simple: you called for an IFP leadership. Why should you get anything less?

I appeal to you the people of Umzinyathi, and all our leaders who have been here from other parts of the country to only watch out for shenanigans by our opponents. In Nquthu our discovery of the busload from Durban of people who were being bussed to cheat, made a big difference. Our discovery of a big quantum from Durban on the day of the election also made a big difference. The ANC in this Province has just been at the High Court. This was the ANC versus the ANC. Part of the litigation concerned irregularities that were used during an ANC election. There is no doubt that our opponents always use irregularities on a large scale at these elections. They have no scruples of any kind when they do this. So please watch out. You can rest assured that they will not refrain from using their usual dirty tricks in this by-election.

Let me tell you about the progress we’ve already made since the IFP returned to governance. Right now, a forensic investigation is under way into finances and skills at Umzinyathi District Municipality. After years of unchecked corruption, it took an IFP mayor less than a month to identify millions of Rands of irregular expenditure.

Five years of ANC/NFP leadership has left Umzinyathi riddled with dodgy contracts and fraudulent procurement practices. Twenty-two million was spent on operations and maintenance, but it’s not clear where all that money went. Some three million Rand was spent on water tanks, but there are still communities who have no access to water.

We need to know where the holes are; where is money being bled into private pockets? That money is earmarked to meet your needs. It’s for service delivery, for water, for electricity, for the maintenance of schools and for skills development programmes. It’s for community projects that will see opportunities grow in eNdumeni. So everything is being investigated. Once we know what we’re dealing with, there will be a mayoral imbizo to report back to the people.

The IFP believes in uncovering the truth. When our opponents started making allegations against our Mayor in eNdumeni, we didn’t turn a blind eye. We supported a full investigation by the Municipal Public Accounts Committee, on which all parties serve; and the Mayor was completely exonerated. There is no evidence of any wrongdoing. Our opponents’ lies have been exposed.

The reality is that our Mayor has exceptional skills. We chose him because he understands municipal administration. I take pride in knowing that the IFP has provided one of the youngest mayors in South Africa, because while other parties talk about empowering the youth, the IFP actually does it. We believe in the capacity of young people to lead.

Last week, the Mayor was in ward 4, transforming an informal dumping site into a green space for the community to enjoy. This is somehow symbolic of what an IFP leadership does. We go into a place where everything seems hopeless, and we partner with the community to turn things around. The IFP changes circumstances, because we lead with integrity and we place the people first.

We know that there is great potential in eNdumeni. It is part of a district that attracts tourism, and that is always good for a local economy. Indeed last year tourism brought R40 million into the local economy. But to keep tourism flowing, we need to secure good governance. We can’t have councillors owing thousands to the municipality for water, or councillors being involved in corrupt housing activities.

We understand our opponents’ fierce opposition to a forensic audit in eNdumeni. When you have something to hide, you don’t welcome an investigation. But we are not doing this to dig up dirt. We’re working to remove corruption wherever it has taken hold, so that governance in your community can be restored to integrity. We want to redirect money to deliver services. We want to give you the leadership you actually deserve.

When I came here two months ago, I said that eNdumeni has something our opponents haven’t bargained on, and that is the power of the people. The IFP has a partnership with this community. We have worked together for decades, building hand in hand. You have witnessed our leadership, you have seen our character, and you have watched our promises fulfilled. The IFP has earned your trust.

There is something remarkable happening throughout KwaZulu Natal. Corruption is being exposed and eyes are being opened to see the truth. It is no coincidence that the IFP is gaining ground in this Province, as more and more people come back to a leadership they can trust. The IFP is back at the helm in many municipalities, at both local and district level. We’re growing a partnership that was built to last.

Our Province and our country have gone through a difficult time. Sadly, there is more still to come, as our economy struggles and our government fractures into political factions. But the winds of change are already blowing. If you thought the wind was strong last weekend, it’s nothing compared to what’s coming as change sweeps South Africa.

As difficult as this process may be, it is truly an answer to prayer. There are things that were done in darkness that must be revealed in the light. It’s the only way South Africa will be healed.

I want to see the governance of our country cleaned up and working. If it must start at local level, so be it. Wherever the electorate installs the IFP, we’ll do everything in our power to show what can be done by leaders with integrity. Let Glencoe become a good example of real political leadership. Let eNdumeni become an example. Let Umzinyathi speak for good leadership. And in 2019, let this Province become a beacon of hope as the IFP returns victorious.

It all starts here, on Wednesday, with your vote. This is the power of democracy.