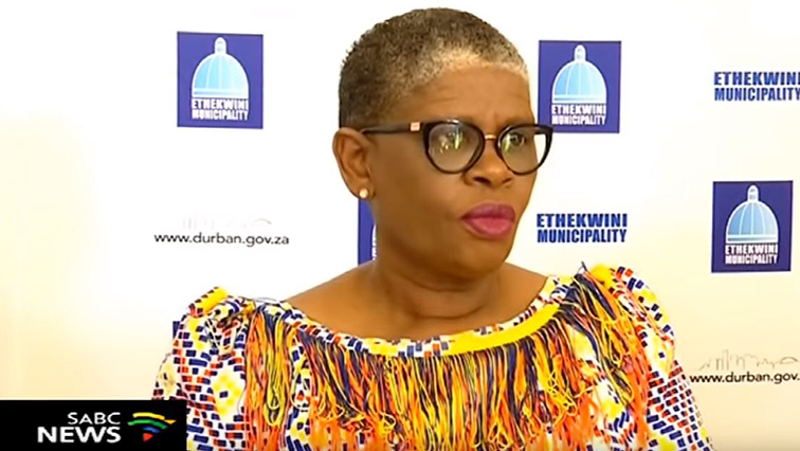 IFP Reiterates Call for eThekwini Mayor to Step Down

The IFP reiterates its call for the Mayor of eThekwini, Zandile Gumede to step down and for an Independent Inquiry into eThekwini Municipality Corruption to conduct a thorough investigation.

The IFP calls for an independent inquiry to examine all corruption allegations after the arrest of eThekwini Mayor who is accused of corruption. The fact that about 62 Councilors are involved explains the extent of corruption.

Let us not have people who will seek to swindle the government and our municipalities. There is no need to have any mercy on anyone who is trying to swindle public funds. A person who plans to misuse public funds must not be allowed to continue working in Government.

We must deal with those who want to embezzle public money. Those who continue to steal public money must be removed from the eThekwini Metro and allow a new crop of ethical and moral leaders lead the Metro.

The IFP believes that corruption is a multi-faceted phenomenon that is killing our country. This is the battle that requires constant political will to fight and eradicate corruption.

The IFP believes that the only way to deal with corruption is to ensure there is severe punishment for those found guilty.

The fight against corruption in eThekwini must be intensified now, before the rot is allowed to affect the whole political class and public sector. The Mayor of eThekwini must step down, otherwise the agents and the objects of corruption will unite in their efforts to preserve the status quo in the Metro.

This is the time for the ANC to walk the talk and send a clear message against corruption and corrupt politicians and officials. The Mayor of eThekwini must be given time to focus on these serious allegations. The investigation will negatively affect her leadership in leading the Metro. The bail conditions will effectively make her not fulfil her responsibilities to the fullest. eThekwini needs a leader who will have undivided attention as the City is engulfed by numerous challenges.

The fight against corruption must not be about bellicose rhetoric such as the words to fight corruption we continuously hear yet nothing is done to people implicated on serious corruption acts. The IFP urges the Hawks to deal with this matter to the core with no fear or favour.

We are watching the way criminal justice is being compromised in this Province. We are still waiting for the naming and shaming promised by Mr Mluleki Ndobe who after his release on allegations of murder promised to name people who used the state apparatus against him. Until he (Ndobe) does that, the cloud will remain hanging over his head. We hope that the case of the Mayor of eThekwini will not go the same route as Ndobe’s case did and drag on. Action is required now.