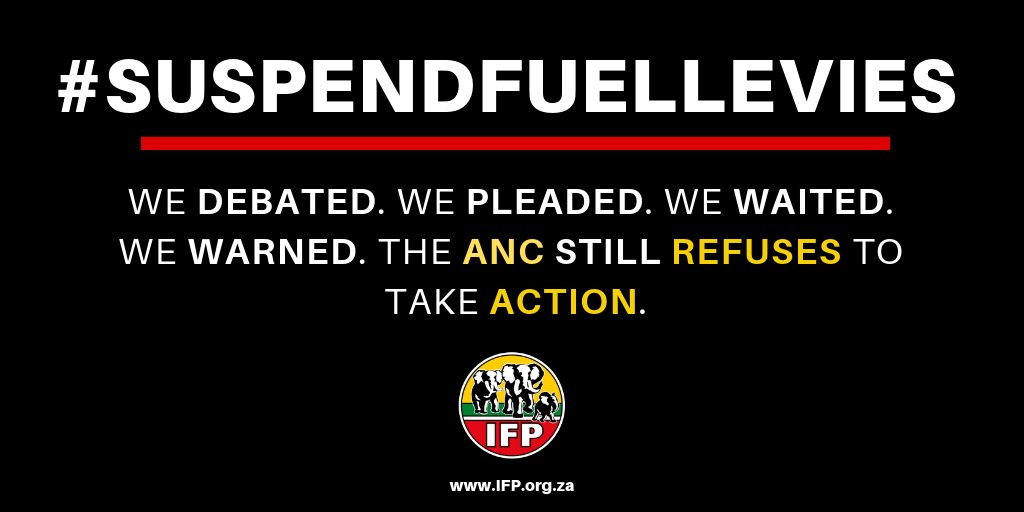 The IFP once again reiterates our call for government to urgently suspend the fuel levy until our economy shows positive growth and the “stimulus package” effects yield positive results in this regard.

We can afford to suspend the R5.30 fuel levy to ease the burden on commuters, motorists, industries, small businesses and job seekers.

The IFP wrote to President Cyril Ramaphosa, last month – which to date he has not responded to the IFP’s plea that he takes decisive action and shows leadership in a time that millions of South Africans are suffering as the fuel increases have become unbearable on the pocket.

Our economy is not growing, unemployment is rising, taxes have increased across the board and salaries have not increased significantly to make up for the now 10th increase in the fuel price.

It is an absolute sham that President Ramaphosa addresses the nation with a “stimulus package” to instil hope and confidence in the government’s efforts to grow the economy, but he ignored the burden of the ever increasing fuel costs on the average South African.

We have debated this matter in the National Assembly, when the IFP requested the Speaker to urgently table a Debate of Urgent National Importance.