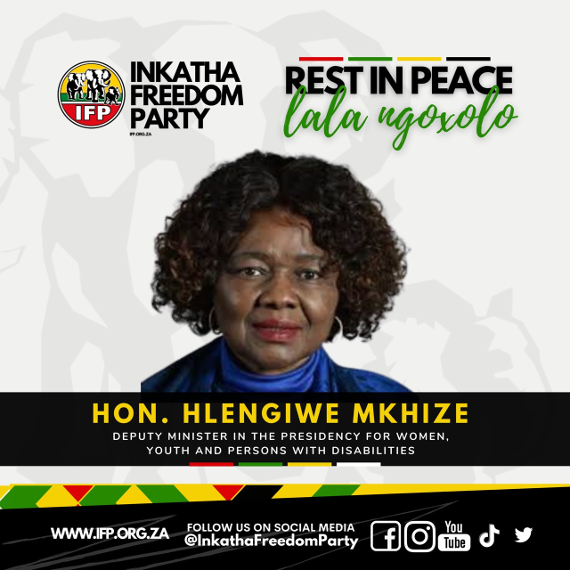 The Inkatha Freedom Party (IFP) is saddened to hear of the sudden passing of Deputy Minister in the Presidency for Women, Youth and Persons with Disabilities, Hon. Hlengiwe Mkhize.

Deputy Minister Mkhize has faithfully served her Party in the National Assembly since 2009, in various Portfolios, including Higher Education and Training, Home Affairs, and Telecommunications and Postal Services. In her most recent appointment, she was known as a passionate and vocal advocate for the rights of women, youth, and persons with disabilities, as well as the LGBTQI community.

Deputy Minister Mkhize also served as Ambassador to the Netherlands.

In her personal capacity, she was a founding member and trustee of the Children and Violence Trust, established in 1995.