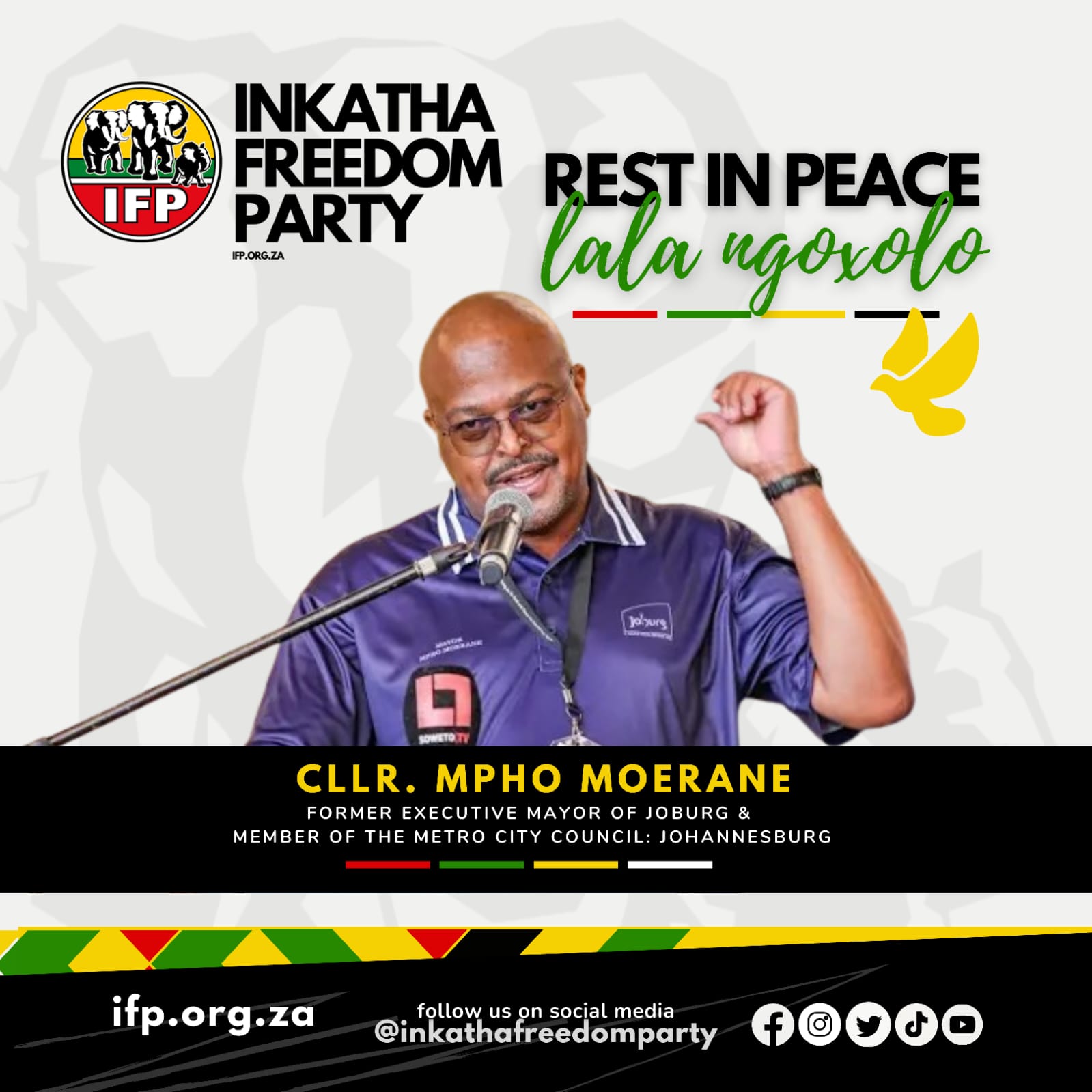 The Inkatha Freedom Party (IFP) is devasted to learn of the passing of the former Executive Mayor and Member of Metropolitan Council in the City Johannesburg (COJ), Cllr Mpho Moerane.

On behalf of the IFP in Gauteng, we would like to extend our deepest condolences to Cllr Moerane’s family, his friends, fellow COJ Councillors and comrades in the ANC.

The former Mayor briefly took on the reigns in COJ in October 2021, after the tragic passing of his predecessor, Mayor Jolidee Matongo, and he served the City well. Prior to being elected as the Executive Mayor of COJ, Cllr Moerane served as a Member of the Mayoral Committee (MMC) for Environment and Infrastructure.

His commitment to civic duty also saw Cllr Moerane serving on several Boards over the years, including Metro Bus, Alexandra Clinic and as a non-executive director at Chancellor House Holdings, amongst others. He was indeed an astute leader committed to serving all the communities in Johannesburg. He had a mission and a plan to accelerate and improve service delivery standards in the City, and he continued to do this until his untimely demise.

Cllr Moerane will be remembered as an affable, compassionate, and sharp-minded person, who never shied away from the responsibility of leadership. The IFP is saddened that the life of such a young and dynamic leader has suddenly been cut short, and to that we say, death be not proud. Mpho Moerane will solely be missed.

May his soul rest in perfect peace.