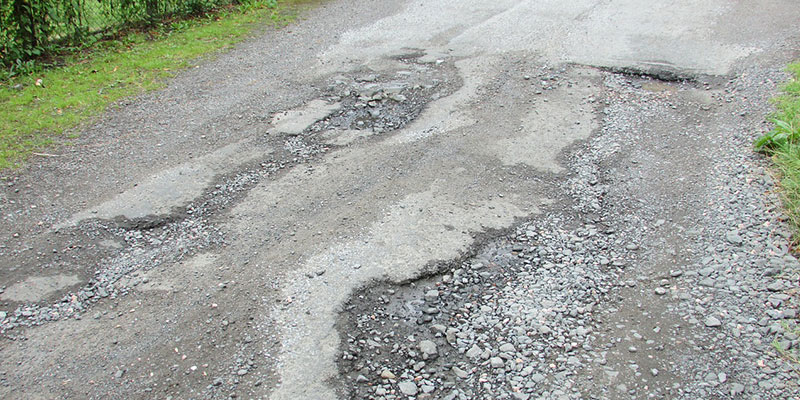 “When I heard about the plight of the people in this area, I arranged to meet with them and witness the conditions for myself. It is very shocking and disturbing to see our people who voted for us to be councilors living in such conditions. When I arrived in the area I was very shocked to see the conditions of the buildings and the many pot holes on the road that are like water pools,” said Cllr Nkosi.

“As I was approaching the houses I saw huge trucks driving past the front doors of the residents. There many different companies that are operating in the area and their vehicles are causing severe damage to homes and the roads. There is also a serious health risk to the residents because refuse is not collected on a regular basis as the municipality’s DSW vehicles do not go there because of the terrible condition of the roads. Rubbish has piled up resulting in flies and rodents breeding all over the place. The fumes from the trucks are also causing breathing problems for the residents and the vibrations from these heavy vehicles passing so close to houses have caused structural defects to the houses as was evident by the large cracks to the walls,” continued Cllr Nkosi.

“We as the IFP will take the matter to the relevant officials in the municipality to ensure that the concerns of the people of Clairwood are addressed urgently and that service delivery to the area is resumed. Since Horseshoe Road is in a residential area, these huge vehicles driving past the homes throughout the day is a traffic violation. How can trucks operate in between houses? We will demand that the municipality gives us clarity as to whether those truck companies are operating legally or not. If yes, why is it in a residential area where there are children who are at risk? And if not, the truck operation must stop immediately. What we saw clearly indicates that this municipality doesn’t care about the people who live in Horseshoe Road,” concluded Cllr Nkosi.