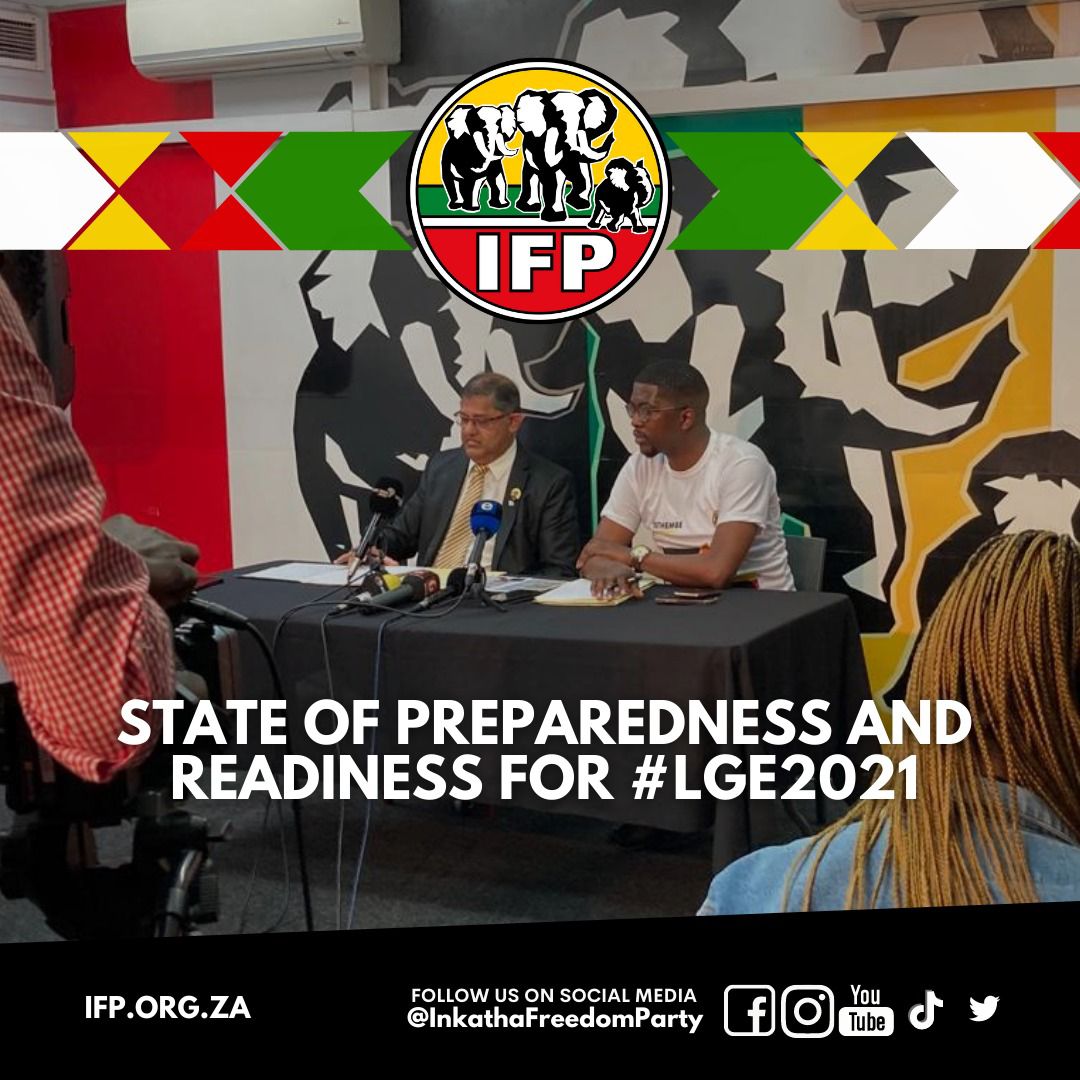 IFP: State of Preparedness and Readiness for LGE

We, as the IFP, are election ready! Despite all the challenges of the Covid-19 pandemic and its impact we are in total fielding 2570 candidates, of which 1376 are ward candidates and 1192 proportional representative candidates. We will also be contesting in 105 municipalities nationwide. We will not be fielding any independent candidates. In addition to all the practicalities, there are several issues of importance the IFP would like to highlight today.

As the IFP, we would again like to put on the record that we respectfully disagree with the recent Constitutional Court judgment, regarding the re-opening of the candidate nomination process. The Court’s view was that extending the candidate cut-off date is consistent with the legislative scheme and would enhance the freeness and fairness of elections.

The IFP feels this judgment is regrettable but will abide by the Court’s decision. We will also closely monitor the elections to ensure that they are, in fact, free and fair.

We would also like to raise the question of election-related violence. There have already been media reports of scuffles between supporters of various political parties, which is of great concern. The IFP would like to call for calm, and for all South Africans to respect their fellow citizens’ constitutional right to vote, and to participate in the activities of a political party of their choosing.

Following the July unrest, and devastation left in its wake, we would like to implore all South Africans to do their part to ensure peaceful elections not only on Election Day, but as candidates and parties across South Africa go about their campaign activities.

The Independent Electoral Commission (IEC) is tasked by the Constitution to manage elections, and to ensure such are free and fair as well as free of violence or intimidation. We as the IFP expect the IEC to rise to the challenge and will be watching them closely.

It is well-known that the IFP was in favour of postponing these elections until 2022, to ensure the health and safety of all involved officials, political parties and their volunteers, as well as all the voters.

Although the request for a postponement was set aside, the IFP’s concern for the health and safety of all South Africans remains. We commit to adhering to all Covid-19 health and safety precautions as we campaign, as well as on Election Day. We would like to remind the IEC to do the same, as well as our fellow political parties and independent candidates.

It is our expectation that the media will ensure that their coverage of the elections takes place on an equitable basis. You, the media, are an essential partner in ensuring the freeness and fairness of the elections: ensure that voters are given an opportunity to consider all the options available to them.

In closing, we now look ahead to our Manifesto Launch on Thursday, 30 September. Our 10-point Manifesto is people-orientated and solutions-driven, and the product of extensive consultation with communities and party structures across the country.