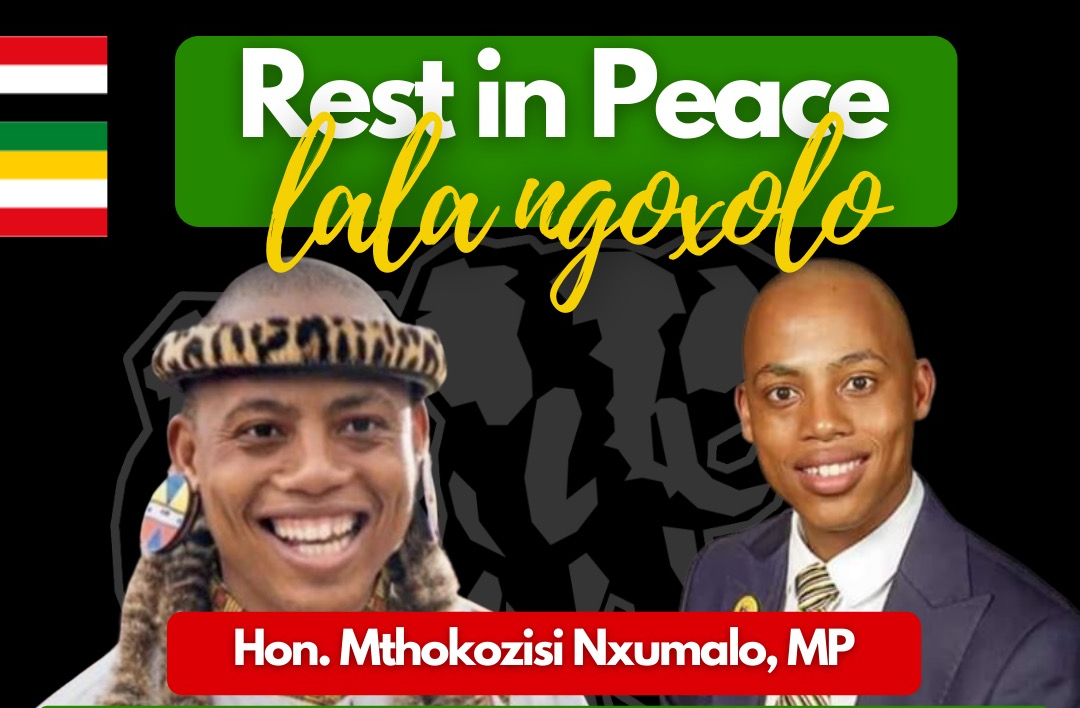 Comrade Zwide was elected IFP Youth Brigade National Chairperson in July 2019 and appointed IFP Deputy Chief Whip in January 2021, having been elected to Parliament in 2019. He served on the Portfolio Committees for Public Works and Infrastructure, and Higher Education, Science and Technology, and previously served on the Portfolio Committee for Mineral Resources and Energy.

He was a brilliant and dedicated young politician, with a bright future, who was always eager to make a contribution and speak up on behalf of his constituency.

Hon. Nxumalo dedicated his career to prioritising the fight for the empowerment of young people. He was passionate about the plight of all disadvantaged young people and used every platform he was given to fight for their rights.

More than that, Hon. Nxumalo was a passionate young South African, dedicated, hard-working, kind and a true servant leader.

The IFP extends our deepest, most sincere and heartfelt condolences to his mother Ms Junerose Mkwanazi, his fiancé Ms. Nozipho Mpungose and his children Thandolwethu and Qhawe, the entire Nxumalo family, friends, comrades in the Youth Brigade and the Party at large.

It is with great sadness and a heavy heart that we convey this news officially to the public.

The IFP is utterly bereft and devastated by this tragic loss. Hon. Mthokozisi Nxumalo was our youngest Member of Parliament, a passionate young leader who was loved by all in the Party and by his colleagues in Parliament. He still had a long and bright future ahead of him.

Hon. Nxumalo has served almost his entire life in the IFP and has worked in all structures of the Party. Before being nominated and elected to serve in Parliament, he served as the President of the South African Democratic Student’s Movement (SADESMO). He will be sorely missed by the rank-and-file of the IFP.

We ask that the family be given some time and space to mourn his passing.

Details of the burial and memorial service will be communicated in due course.