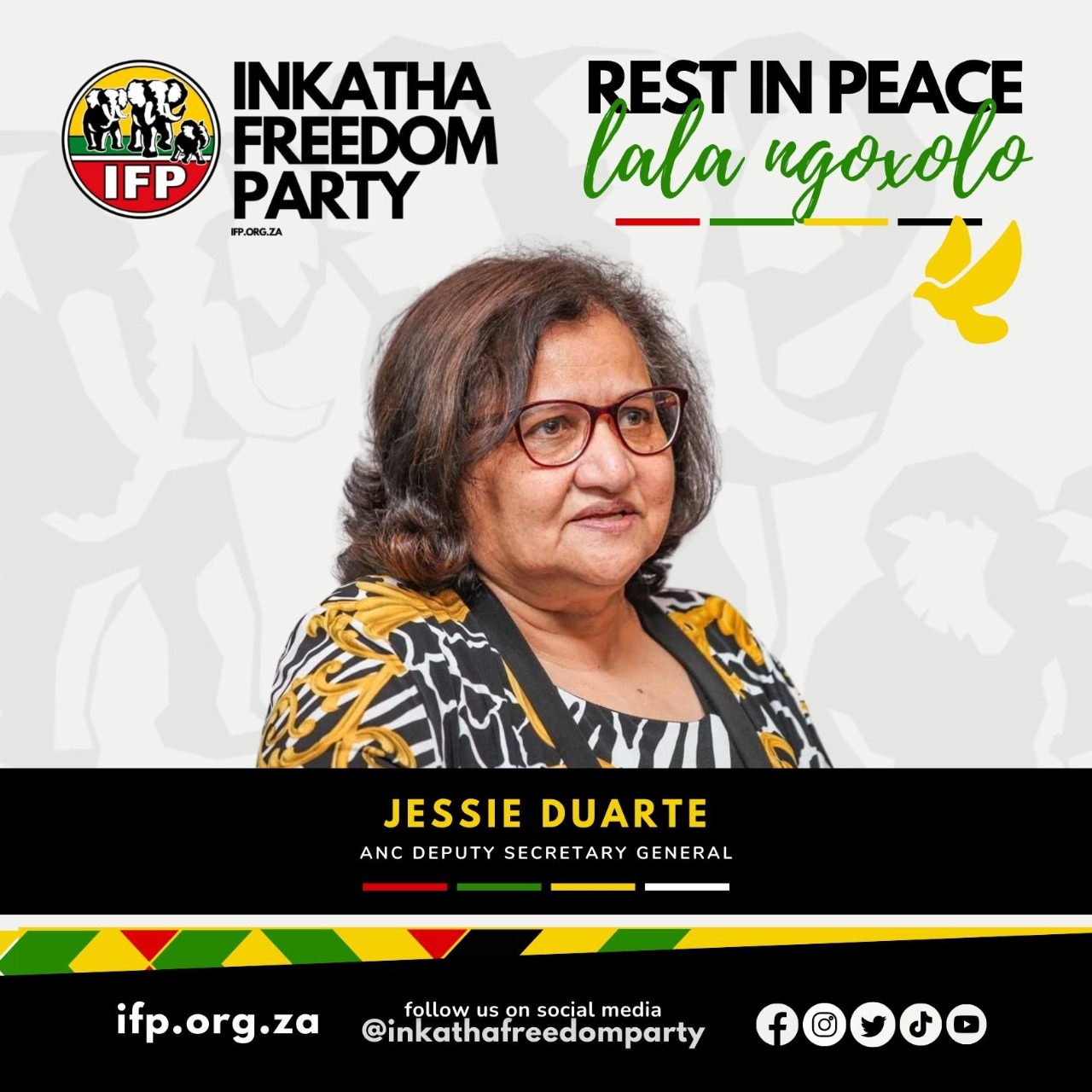 IFP Statement on the Passing of Jessie Duarte

The Inkatha Freedom Party (IFP) has learnt with sadness of the passing of Jessie Duarte, announced earlier today. We would like to offer our sincere condolences to both the Duarte and Dangor families at this difficult time.

The IFP further sends condolences to the ANC, which has lost a vocal advocate, who had represented the Party – and the country – in several senior roles, including as Ambassador to Mozambique, and most recently, as ANC Deputy Secretary General.

As the IFP, we regret the loss of an individual who understood the need for the reconciliation agenda between the IFP and the ANC.

During interpersonal interactions, Ms. Duarte was always pleasant. She was steadfast and firm in her views, however, one could engage robustly with her on the issues. On a Party-to-Party basis, she was always available to engage, which was welcome, and appreciated.

May she rest in peace.