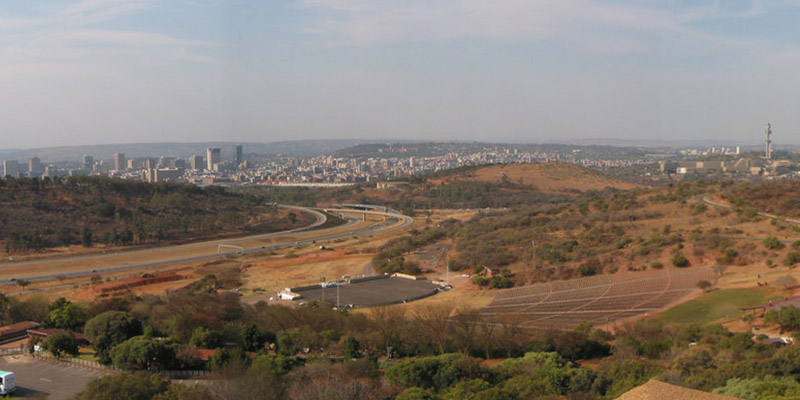 IFP aligned South African Democratic student movement is concerned about the ongoing hooliganism of disgruntled ANC loyalist in the City of Tshwane. This is very worrying as it has not only affected the community of Tshwane but has now further affected the student community. As Buses were torched in Mamelodi, east of Pretoria and in Atteridgeville, west of the city, two trucks were torched and shops looted and schooling has been disrupted and passing motorists were stoned.

The student movement have received reports that students at JEPPE college ,Tshwane North TVET College in soshanguve and Mamelodi Campus and Tshwane University of Technology has been disturbed by the absurdity of the ANC hooligans .In Tshwane university of Technology the university management had to stop inter-campus buses from operating since yesterday .Some students had not made it on time to their lecture classes and semester tests simple because of unruly people who were busy blocking the roads and coursing instability in the City .

As this violent protest started, following the announcement that Didiza would be the mayoral candidate for Tshwane ahead of incumbent mayor Kgosientsho Ramokgopa for the August 3 local government elections. These disgruntled ANC members must take their grievances where it belongs and not jeopardise the future of our students ‘they must go to Luthuli house or ANC regional offices and complain to their leaders not in the streets of the City with no direction as their actions endanger future of students .If they want to burn something they must burn their ANC offices then their membership money will cover the cost and leave alone government infrastructure ,they must loot on ANC kiosk in their offices not the shops of innocent people .’ Sthembiso Ka Shandu said .

IFP student wing, hereby condemns all forms of intimidation and violence directed at community members and students. We further call on students not to join these absurd actions .we know that since COSAS has supported this protest ,soon our students will be mobilised to join this mobsters.

We appeal to all law enforcement agencies to act conclusively and Particularly to Gauteng provincial commissioner Lt-Gen Deliwe De Lange to take immediate actions, so for all the perpetrators of this violent protest which creep up the process of learning, teaching and lecturing in all schools and Campuses in the City to be arrested.

“We further wish to remind the people of Tshwane that they have golden powers to fire or hire public representatives on the 3nd of August .If they feel that they are not happy with the leadership at present they must vote it out ,with their vote . ”Shandu Concluded