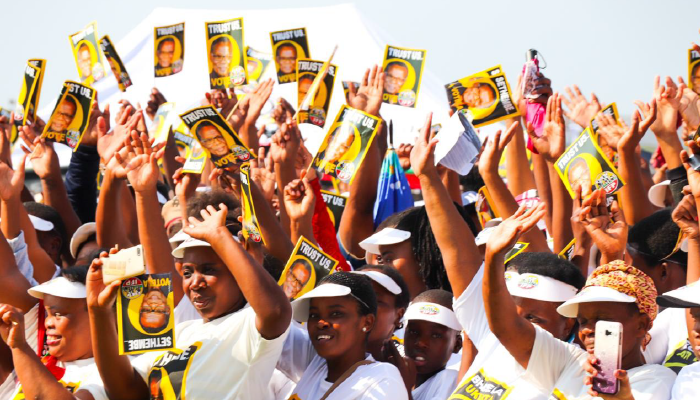 The IFP Women’s Brigade welcomes the arrest of a Durban man who allegedly killed his three children and stepdaughter on Tuesday.

The grim discovery of the 16-year-old girl was made in a bush in New Germany, west of Durban where she was found hanging from a tree late on Tuesday night. Earlier in the day the body of her siblings, aged four, six and 10 were found hanging in their home in Wyebank.

In light of the murders of UCT student Uyinene Mrwetyana and the Boxing Champion Leighandre Jegels and in solidarity with all the victims of women abuse in South Africa, as the IFP Women’s Brigade we wish to state the following;

We would like to express our deepest condolences to the families, friends of Uyinene Mrwetyana who was bludgeoned with a scale after being lured inside the post office by a monster and also Leighandre “Baby Lee” Jegels who is alleged to have been shot and killed by her boyfriend near Mdantsane in East London. These killings come at a time when South Africa is grappling with high prevalence of cases of violence against women perpetrated by men. Many women in this country are prisoners of fear in their own country.

We share similar sentiments that femicide and other forms of Gender Based Violence must be declared a national disaster. We also call upon the Justice system and law enforcement agencies to come on board. They must speed up investigations in all ongoing women abuse cases and bring perpetrators to book. Perpetrators must be held accountable and liable for their actions. It is high time that the South African Justice System enforces legislation that criminalizes all forms of gender-based violence and grants harsh consistent rulings for bail and sentencing in GBV cases.

It is not right that in South Africa, the consequences for sexual violence against women are minimal, if not non-existent. It’s almost as if there is no motivation for men to act any differently. Perpetrators themselves as powerful, and the government has a role to put this to an end.

Many women and girls who experience violence still lack access to quality services that could deter the chances of them being violated and abused. There is inadequate health and safety services and a fair justice.

Quality gender-based violence (GBV) services are multi-sectorial, including health services, police, justice services and social services, and necessitate a system that can effectively coordinate their delivery. If these services were effective, then preventative measures, remedies and support for women and girls would be easily accessible. Those affected by violence, would find it possible to report sexual cases and find help and generally rebuild their lives. Also, if these services were effective, they would also hold perpetrators of violence accountable speedily and fairly.

Furthermore, we as the IFPWB feel that more must be done to eradicate the scourge of child abuse in this country. A four -year old child was severely beaten with a pipe by her grandmother in Hluhluwe last week who bribed her to say she was injured by a goat when asked by people. People who abuse children irrespective whether it’s their parents must be dealt with accordingly. It has to come to an end.

More must be done to protect women and children from sexual and gender-based violence. Many perpetrators believe that violence toward women and girls is normal or appropriate behaviour, supported by society who do not intervene sooner when witnessing these incidents.

The government claim that legislation is in place to protect women. But what is apparent is that the legislation is not making a blind bit of a difference. The time for government to always jump in to only “condemn the violence” when women are killed is up. Our country is in dire need for a government that is happy to implement action rather than words in times like these.

Violence is crippling this country and it is one of the most widespread violations of human rights and has long-term devastating effects on the lives of women, their communities and wider society.

We as the IFPWB we say ‘enough is enough’. We want the government to urgently implement change that will make this epidemic of violence against women to end.