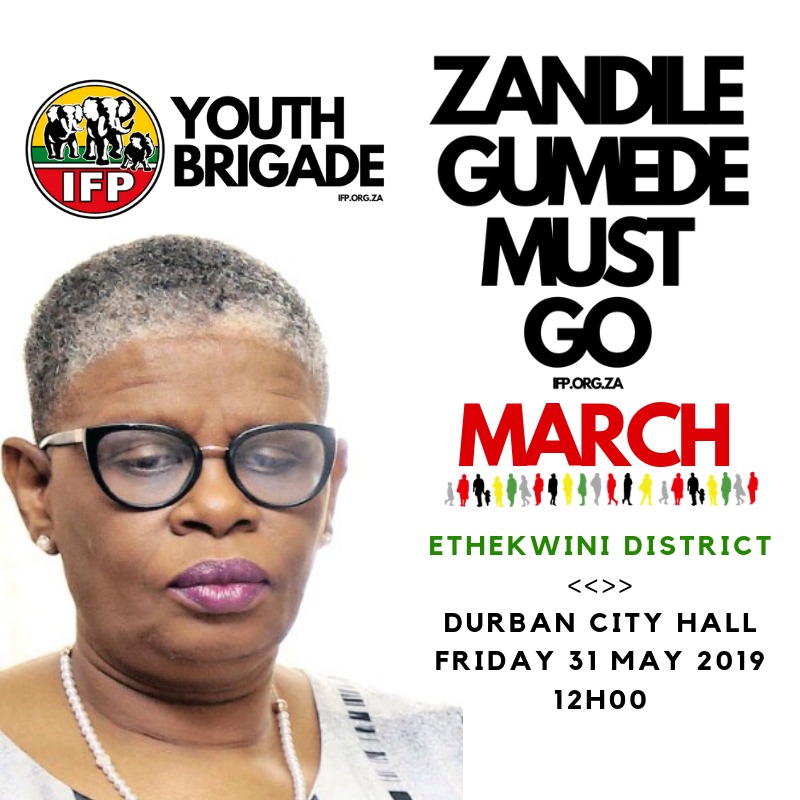 On Friday, 31 May 2019, the Inkatha Freedom Party Youth Brigade (IFPYB) in the eThekwini District will march against the eThekwini Mayor, Zandile Gumede who is out on bail for her alleged involvement in corruption and fraud.

The March is set to depart from Botha’s Park heading to the Durban City Hall where the IFPYB will deliver a memorandum calling for the Mayor to be suspended from all work in the city council due to the scathing charges she faces.

Mayor Gumede should not be involved in the day to day business of the mayoral office nor do we believe that she should disrespect her court order which she has now violated in f attending and delivering the Budget speech of the municipality.

ALL MEDIA ARE INVITED TO ATTEND.