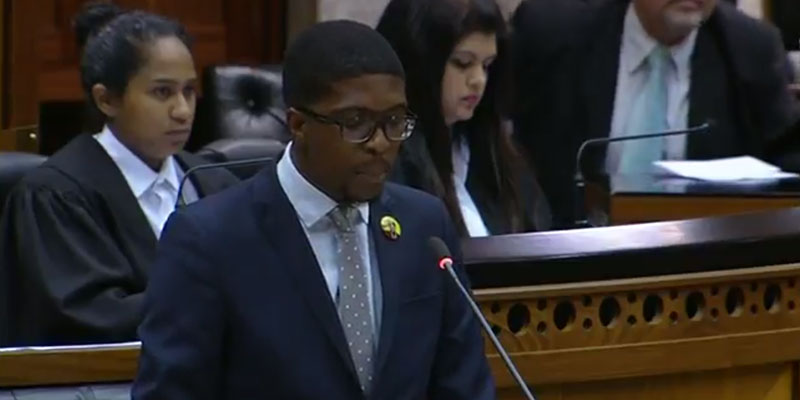 IFPYB: ANC To Blame For Zuma And Rogue Reshuffle

“Mr Zuma has tripped from crisis to crisis and scandal to scandal since assuming office in 2009 and he has been ably and willing aided and abetted by the ANC. It is the ANC that gave us this man and it is the ANC that has been protecting him at the expense of the national interest. This week Zuma yet again threw South Africa under the bus and the ANC is complicit in all our woes as a country.” said Mkhuleko Hlengwa MP, IFP Youth Brigade National Chairperson.

Hlengwa was speaking at an IFP Political Class in Benoni, Gauteng.

“Whilst we agree that Mr Zuma must step down from office as he has never been fit for office to begin with and his latest rogue decisions attest to this; but it is not enough for him alone to step down. The ANC needs to follow suit because therein lies the root cause of the prevailing national chaos.” Added Hlengwa.

Hlengwa further added that “The so-called reshuffle was nothing but a pure political purge with its sight set on capturing National Treasury to loot the public purse. If Mr Zuma was serious about governance he should have fired Bathabile Dlamini for her SASSA debacle, Fikile Mbalula for the Commonwealth Games failed bid which cost us millions owing to his unnecessary political interference and Faith Muthambi for her blunders at the SABC. Zuma must fall and the ANC must scurry along after him.”

The need of an active citizenry cannot be overemphasised; “South Africa is in crisis and this crisis is not an event but a systematic process which traces its genesis to Polokwane 2007. Thus removing from office will only be a victory of a battle; it is the war in 2019 which must be one. The 2019 elections are as important as 1994. We take the country back through the barrel of the ballot, and our gains of 3 August 2016 must be a building block for 2019.”

Hlengwa challenged IFP members to go out in full force and work tirelessly towards a democratic change of government in 2019, “In a sea of challenges, failure and corruption, the IFP must steadfastly remain an island of refuge and hope for the people.”