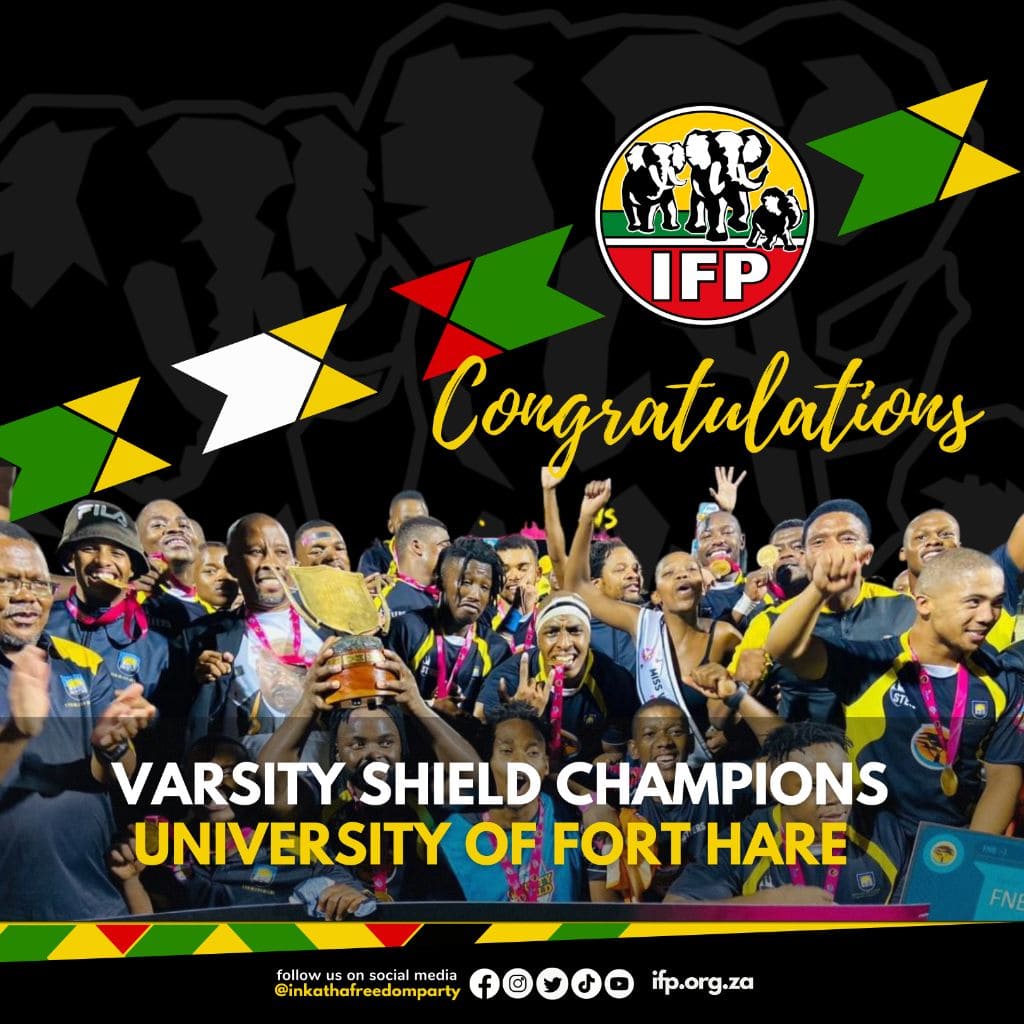 The IFP Youth Brigade, together with the South African Democratic Student’s Movement (SADESMO), congratulates the University of Fort Hare (UFH) on their victory in this year’s FNB Varsity Shield.

On Thursday, 21 April 2022, the Fort Hare team triumphed over the Cape Peninsula University of Technology (CPUT), in the FNB Varsity Shield Final in Alice, Eastern Cape, with a score of 28-27.

We note and commend the performance of the UFH rugby team on their victory, which also marked their eighth consecutive win of the season.

UFH management, staff and all students deserve to celebrate this feat, as it signifies UFH’s possible move to the first division, better known as the Varsity Cup, next season.

The FNB Varsity Shield Final showcases exceptional talent and diversity in rugby, and in particular in 2022, the excellence of the players at Fort Hare.