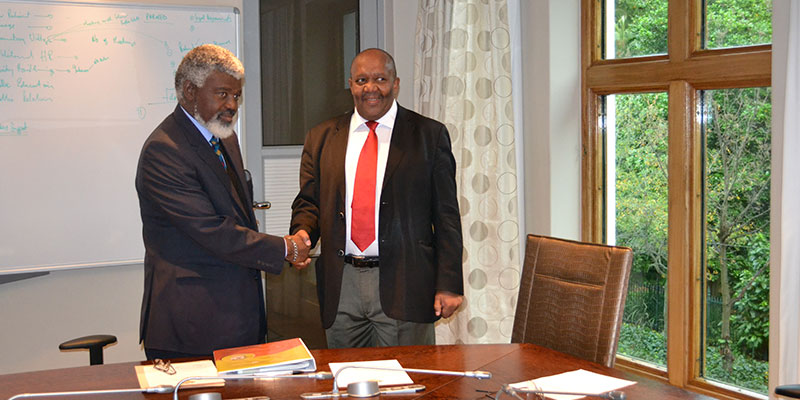 Inkosi Russel Nsikayezwe Cebekhulu has been sworn in as an IFP Member of Parliament today by the Deputy Speaker of the National Assembly, Honourable Lechesa Tsenoli.

Inkosi Cebekhulu is no stranger to Parliament. He was a member of the National Assembly from 6th May 2009 until 6th May 2014.

The return of the Inkosi to Parliament follows the departure of the IFP MP stalwart, Mr Alfred Mpontshane who resigned from Parliament last month.

Inkosi Cebekhulu had previously served on the portfolio committee on Agriculture, Forestry, Fisheries and Rural Development and Land Reform.