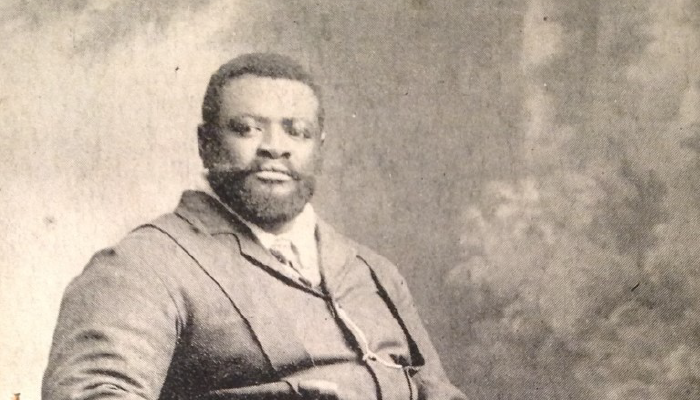 King Dinuzulu Prayer Day – Introduction Of His Majesty The King

This morning as we gather to pray, we honour the forebear of our present King, and my maternal grandfather, King Dinuzulu. When King Dinuzulu was exiled to the Island of St Helena in 1888, he returned from the Island as an Anglican, for St Helena happens to be one of the Dioceses of the Anglican Church; the Church of the Province of Southern Africa.

King Dinuzulu became a man of faith who believed in the power of prayer. He understood the need for unity, not only in the body of Christ and among believers, but within our nation. Like our present King, King Dinuzulu sought the unity of the Zulu nation.

Tragically it was the old Roman strategy of divide et impera that had sent the King into exile on St Helena. The British had employed this strategy to great effect, creating factions in the Zulu kingdom which resulted in some of the King’s most loyal subjects becoming enemies. This is what caused my grandfather to prepare for war. And he paid a terrible price.

My paternal great grandfather, Inkosi Mnyamana Buthelezi, had given the King some sound advice. When the imperial authorities suggested that the head of the Mandlakazis, Zibhebhu, should be allowed to return to Nongoma, the King opposed it.

Zibhebhu had been anointed by Sir Garnet Wolsey as one of the so-called “13 Kinglets” who were to be independent of the King and who would no longer swear allegiance to the King but only to Queen Victoria. Zibhebhu then became intent on usurping the throne.

When King Dinuzulu stated that under no circumstances would he allow Zibhebhu to return to Nongoma district, Inkosi Mnyamana used his now famous simile in trying to advise the King. He asked, “My son, if you hit a little dog who is being led about by its owner on a piece of string, how can you hope to escape the wrath of the owner? Zibhebhu is the imperial Government’s little dog that they are leading about with a piece of string.”

Inkosi Mnyamana was correct. King Dinuzulu did not escape the wrath of the little dog’s owner. One must have sympathy though with the anger in King Dinuzulu’s breast, for although his father, King Cetshwayo, had been allowed to return, it was done on very unsatisfactory conditions. Those who did not want to pay obeisance to King Cetshwayo were not obliged to do so. Indeed the King’s people were encouraged not to regard him as king.

King Cetshwayo had experienced the worst of that strategy, “divide and conquer”, for it was under his reign that the British fought against the Zulu Nation, resulting in thousands upon thousands of lives being lost.

King Dinuzulu died apart from his Kingdom. When General Louis Botha became the first Prime Minister of South Africa, he released King Dinuzulu from prison. But he did not allow the King to return to his Kingdom. Instead, he banished the King to Uitkyk Farm in Middelburg, where the King passed away.

Nevertheless, King Dinuzulu is forever tied to this soil at Ceza. It was from here that he set out to wage war at the Battle of KwaNdunu Hill.

I keenly feel my own connection to this place, for I was born at Ceza. When my mother, Princess Magogo kaDinuzulu, was confined for my birth, she was accompanied by some of the widows of her late father, King Dinuzulu. After my birth, I was taken to KwaDlamahlahla Palace where I was raised under the care of one of King Dinuzulu’s widows, oKa-Njwapu of the Buthelezi Clan.

It was during those formative years that I learned my mother’s faith. She had been born an Anglican, having been born after her father’s return from St Helena. Princess Magogo kaDinuzulu was confirmed as an Anglican by Bishop Wilmot Vyvyan.

She taught me to pray, to have faith and to believe. She also taught me the history of the Zulu nation, impressing on me the need to establish and protect our unity. Throughout the history of the Zulu Nation, the strategy of divide and rule has been used against us, and we have suffered a great deal because of it. Restoring unity has thus been one of the foremost concerns of our monarchs.

As we welcome His Majesty to speak to us on this significant day, we thank him for guiding us towards unity. As we pray this morning, let this be our most fervent prayer: that we will be one, with one vision and one future. Let us listen now to His Majesty our King.