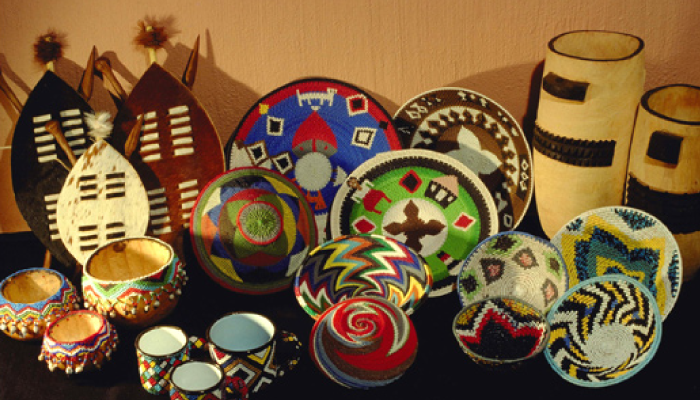 The IFP is strongly rooted on the promotion and protection of Ubuntu/Botho values and principles. The arrival of western globalisation in South Africa has resulted in our people being subjected, inter alia, to historical injustices, cultural domination, spiritual vilification and tradition criticism.

Our culture, history and humanity have been for many years, declared barbaric and our people regarded as savages and the Western culture has been imposed on them.

To quote the Black Consciousness Leader Steve Biko from the cultural point of view he says, “Wherever colonisation sets in with its dominant culture, it devours the native culture and leaves behind a bastardised culture”.

Hon Chairperson, the IFP believes that, true liberation of the people entails reclamation of their rich history, culture and heritage embedded in their souls.

It is for these reasons that the IFP is gravely concerned that this department has received such a meagre budget to fulfil its huge mandate. A mandate bigger than all of us.

In an evidence provided by a study conducted by an African Languages Stellenbosch Scholar, Dr Jabulani Pato, he indicated that Swazi literature has been pivotal in promoting and preserving the culture and history of the Swazi people from generations to generations.

We urge the Premier and Treasury to look at increasing this R1.130 billion allocated budget so that the Department may pursue its mandate of incorporating the development and promotion of KwaZulu-Natal arts, culture, museum, archive and library services efficiently, successfully and in the interest of the people,

It is pivotal for government to realise the importance of providing arts, culture and heritage services with funds, support and resources to address the tripartite issues of poverty, inequality and unemployment.

It will not help the department to keep creating new programmes if it fails to effectively execute the existing mandate of promoting and preserving our rich history, culture and heritage. These remain instrumental tools in transforming society.

How will the Arts, Culture and Heritage Strategy be effectively managed to realize its purpose to the fullest, when the Amafa aKwaZulu have not been adequately equipped to identify, develop and preserve the creative industry sector and heritage sites in order to contribute to the economy.

AMAFA-AKWAZULU-NATALI (Merger between Amafa and Heritage)

We commend the former Premier on his proclamation to merge Amafa and Heritage unit and move this unit to this Vote 15 which is Arts & Culture as per provincial proclamation No. 5 of 14 December 2018. However, it is a serious concern to the IFP that the process has not been made clear in terms of budget allocation for various heritage projects. This entity was established with a main objective to conserve, manage and promote awareness of the province’s cultural assets, sites and resources therefore its role is fundamental to the transformation of this province.

Majority of our cultural sites, cultural events and performing and non-performing artists has not been adequately renovated and marketed well to the people especially youth of this province and the world at large.  We, also would like to know how Amafa are nurturing relationships and engaging with the Arts & Culture and Education Sector.

We will also like to know the progress regarding the enactment of KZN Amafa Research Institute Bill and the implementation of the Amafa and Heritage.

Structures such as those offered by Amafa are represented by amaKhosi. For Amafa to be successful there should be a reservoir from the sources of amaKhosi in this province. The challenge we have observed is that, the involvement of Amakhosi seem to be underestimated since there is no clear and effective structures between this entity and Amakhosi.

KING SHAKA’S GRAVE AND HIS STATUE AT THE AIRPORT

As the IFP, we reiterate our call to the provincial government, especially the Department of Arts & Culture, to restore King Shaka’s grave in KwaDukuza to a standard worthy of this great leader of the nation.

In the words of His Majesty, King Goodwill Zwelithini, it is crucial that this province correct the distortions in our history is a pressing goal. We urge the department to champion this project utilising intellectuals, historians and scholars to correct distortions that exist in our history, but to do this in a manner that does not expose us to the those who may want to undermine our reconciliation and nation-building project aspects of KZN’s history that had been neglected and distorted.

The department should work closely with National Department of Arts and Culture to expedite the process of renaming the submitted names of geographical areas such as Mpangeni, Tugela, Mbogitwini, Sikhawini, Durban etc.

ENCOURAGE THE CULTURE OF RESPECT

This department has an important role, alongside preserving our heritage and history of promoting Africanity, ubuntu, humility and culture of respect which made us unique in this country. Globalisation and lack of cultural education has not only confused and purified our people with Western Cultures but also resulted in our children becoming disrespectful, uncaring, unkind, impolite, uncivil and ill-mannered.

This is why His Excellency, Prince Mangosuthu Buthelezi has increasingly emerged as the voice of reason in the national parliament amidst the chaos and brazen disrespect against senior government officials by the younger politicians. Moral decay is increasingly making this country ungovernable and our government should use back to basics approach in teaching the coming generations the importance of culture of respect.

As South Africans our true identity is embedded in how we treat and address each other. We are people who prioritizes utmost respect and humility at all times. Indeed, our true liberation will entail reclamation of our roots, ubuntu, history, culture and heritage entrenched in our souls in a dynamic and changing world where people change values and beliefs due to external influences.

Hon Chair, more needs to be done to market our province’s uniqueness to the whole country, the African continent and the world at large. The key events such as Umkhosi woMhlanga, Freedom Day, Africa Day, Umkhosi weLembe Celebrations would be successfully hosted when we start to generate millions through attraction of many tourists to celebrate with us. These are events that has great potential in generating maximum input into the Tourism sector of this province.

More investment is needed to provide platforms for KwaZulu-Natal artists to equip and showcase their beautiful talent and skills.

There is no way this country can promote social cohesion and nation-building if not by enabling and providing access to historic and cultural events, resources and facilities to all.

The meagre budget continues to undermine how important the KZN’s creative industry, is to the economy. The industry has shown a huge growth potential and statistics indicate a significant contribution to the GDP of this province.

The prominence on the strategic value of the art and heritage for creativity, innovation as well as social and economic change and development could be achieved through a sound financial investment into this department by the government.

Capitalizing in the rich South African literature, drama, poetry, and prose, performing arts among them dance, music, and theatre, and visual arts which includes drawing, painting, filmmaking, architecture, ceramics, sculpting, and photography could address joblessness to the 6.2million unemployed South Africans, including even the 325 000 people who have given up the hope of ever finding jobs and stopped searching altogether.

The IFP hopes that the budget allocated to the Community Library Services grant continues to increases to prioritise the establishment of libraries and music and art academies in rural areas such as the one that was meant to be built in Ladysmith. These academies and fully resourced libraries must be seen operational in our disadvantaged communities like Nkandla, Babanangu, Nquthu and others.

The processes of filling 14 critical vacant posts under this programme should be fast-tracked, it is critical that the construction commences. Which is why we feel that the infrastructure unit within this department must be fully funded to execute this particular core mandate.

It is not acceptable in to have the department reporting that building and renovations of critical sites and facilities did not commence due to capacity constraints within the department’s infrastructure unit.

The department should ensure to not only purchase books that support school curricula and tertiary education modules in order to satisfy the demand for educational support in public libraries but ensure material that teaches about history, heritage and cultures are available.

The IFP will continue to push the government to support and stimulate all the heritage, artistic and cultural strands and talents that has full potential to contribute to KwaZulu-Natal’s rich diversity and make it an attractive and interesting place for tourists to visit.