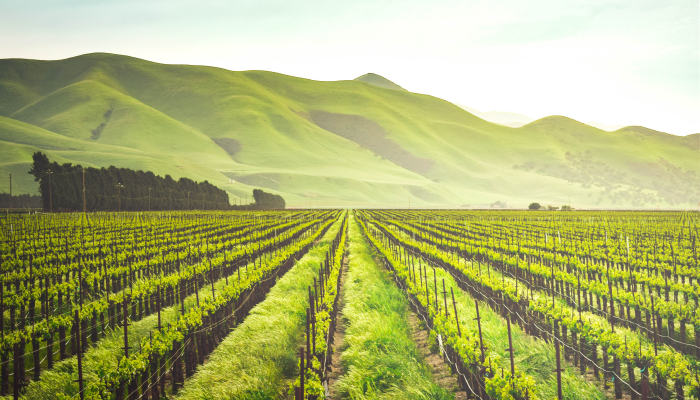 Hon Speaker,
Hon Speaker, we debate the Agriculture and Rural Development Budget Vote under very difficult circumstances because Agriculture is the backbone of the economy. KwaZulu-Natal has great potential to be the fruit basket of South Africa and the world at large, but very little is being done to nurture emerging farmers, to encourage our farmers to remain on the land and produce enough for the province’s food security and also to take advantage of exports to foreign markets. The IFP therefore, support but with concern the R2.4 billion allocated to this department, which is in a serious mess and in need of a total turnaround strategy that can deal decisively with corruption as a starting point.

A. Corruption and Investigations

-A forensic investigation was launched into how this department squandered more than R200million of drought-relief funds‚ which was reserved for subsistence farmers and struggling smallholder, after the province was declared a disaster area following a crippling drought in 2015. Farmers were meant to use funds for water harvesting‚ scooping of dams, rehabilitation of boreholes‚ and provision of stock-feed. The report into this investigation has not been released to the public.

-Another forensic report commissioned by former agriculture MEC Meshack Radebe, after R60-million of taxpayers’ money meant to assist emerging farmers in rural areas around the province had not been accounted for, in 2012. This investigation‚ which costed R10m‚ was completed in February 2014‚ but has not been released to the public.

We are extremely concerned that delays appear to be deliberate, undue and unreasonable, and we condemn this lack of progress. The delay in identifying the “perpetrators and masterminds” behind the alleged corrupt activities is undermining the public’s trust in the government. We demand proper, fair and time-bound investigations in this province. Justice delayed is justice denied.

As the IFP, we want to know where are those tractors that were handed over to our communities in the past few years? Which companies were awarded tenders for maintenance and serving of tractors? Which company was awarded a tender to supply fuel for these tractors? Which district offices these tractors were handed over? How many of them are still operational? How many of them are not operational? Asikwazike ukuthi kungachithwa itshe lemali kuthengwa ogandaganda bese singalandeleli ukuthi njengamanje bakuphi futhi basaphila yini.

The IFP calls upon the MEC of Agriculture to deal decisively with the culture of underspending in the Department of Agriculture. In 2018 this Department recorded an under-expenditure of R164.279 million in total. It failed to spend R72 million of the grant funds meant to provide support to beneficiaries of land reform, emerging farmers and vulnerable communities through the Comprehensive Agricultural Support Programme and the Ilima Projects Grant, and it had to surrender these funds back to the National Treasury.

This is totally unacceptable that this department sees nothing wrong with dragging feet in assisting emerging farmers with infrastructure related projects such as seeds, fencing, irrigation schemes, construction of poultry houses, piggeries, etc, in a country with 55% youth unemployment and poverty especially in rural areas. It is the duty of the Hon MEC be bold and bring the much-needed change, in the interest of our people.

For increased food production, the IFP believes that small scale farmers deserve urgent attention. The smallholder farmer’s contribution to the provincial and national economy appears not only to be unrecognized, but is also confronted with serious constraints including limited access to productive resources such as land, improved seed and planting materials, agro-chemicals, credit, labour, information, technology, sustainable farming practices, access to markets and strong farmer-based organizations, among others.

The absence of or limited access to markets for farm produce and low prices contribute to food loss and waste. Farmers’ choices are limited to selling immediately at ridiculous prices or allowing the harvest to go waste. Policies must, therefore, be designed to facilitate access to commercial buyers of farm produce.

And without knowledge about local staple crops, changing climatic conditions, crop diseases and pests, efforts at increased food production will be meaningless, and the desired intervention is to strengthen agricultural education by supporting the training of scientists in local staples and in breeding new crop varieties to meet local tastes and consumer preferences.

We want to see more women in agriculture. We commend the Department for prioritising and encouraging women to be involved in agriculture. The IFP believes that we can help women farmers by making sure they have access to these game-changing innovations so that they can farm and make agriculture work. Every woman must be provided with enough land to farm and farming equipment. Agricultural extension has to be ramped up to ensure that women farmers know what these technologies are and that they know how to use them.

We have to take it to the grassroot levels and meet women farmers where they are. When it comes to finance, “women farmers are at a disadvantage because they often don’t have the resources to satisfy the stringent banking requirements.” Without better access to suitable financial services, including credit, savings and insurance, women in agriculture will continue to lag behind. Microfinance institutions and other financial service providers with a presence in rural areas must be encouraged to play a key role in closing the gender gap by allocating resources specifically to women farmers and targeting gender-based barriers.

The IFP further believes that conducting capacity building and training programs that puts women farmers at the centre, provide training that should be targeted and decentralized so that women can be empowered to carry out their own training and capacity building should include exchange visits, farmer to farmer exchanges, and visits to research institutions and high schools can assist in the empowerment of women in agriculture.

The call for special attention to women smallholder farmers and to accelerate the pace of the fight for gender equality by socially, economically, politically and legally empowering the rural woman smallholder farmer is a prescription both by local and international law.

It is envisaged that graduating female and young emerging farmers into commercial farming will create the much-needed impetus to dent high levels of poverty and unemployment.

KZN’s vibrant youth are crucial to developing a prosperous agricultural sector. This means shaking off outdated perceptions and providing young people with the right incentives. We need to change the outdated perception that agriculture is back-breaking, unprofitable work for an old, tired generation. Change means finding ways to overhaul perceptions that farming is for the old, the poor and the weatherworn.

It’s about drawing attention to new innovations in farming – crop development software, computer modelling to develop disease-resistant varieties, digital soil mapping – that are all making farming smarter, slicker and more profitable. Accessing adequate finance to get businesses off the ground can be a headache. Most financial service providers are hesitant to lend to youth due to their lack of collateral and financial literacy. In South Africa we often hear about banks investing heavily in agriculture – the question is: who is accessing these funds? Is the money reaching younger people?

Many rural small farmers want to form co-operatives, but they lack the expertise. Our government must develop turn-key solutions for emerging co-operatives, from the process of registration to the application for state funding, until the first two or three harvests have been successfully completed. Emerging co-operatives often fall apart because of lack of managerial skills, and the inability to resolve conflict. Co-operatives can succeed if the department gives much more attention to mentorship of new farmers.

Reliable market access is critical for economic growth of this province. Market failures can stem from any number of factors ranging from unnavigable, unpaved roads that scarcely connect rural areas with relevant markets, to poor information on market prices. The growth of international supermarkets – demanding food in much larger quantities and with rigorous standards of supply chains – is a further challenge.

Emerging farmers in KwaZulu-Natal need better market access to unlock the potential of new agricultural ventures. This means educating them on the importance of diverse production, training them in practising sustainable agriculture and providing them with reliable systems that make price and market information more readily available.

In closing, let me reiterate that our government’s focus should not only be to provide beneficiaries with land, but also to encourage them to use the land for production and livelihood purposes. This will go a long way in providing much-needed food security, job creation and socioeconomic development of their communities in support of our vision, which is to create a better life for all.