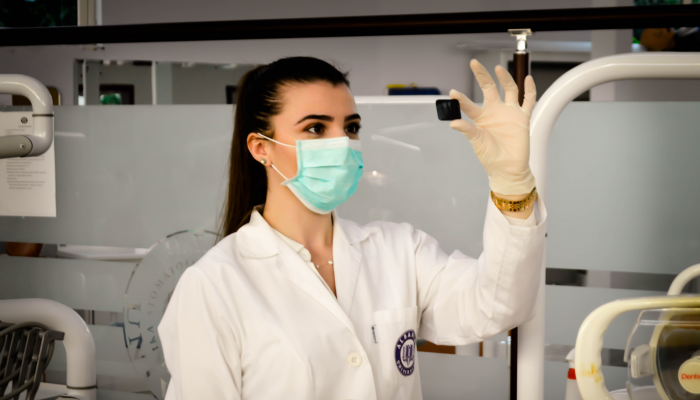 For the new Hon MEC to be successful in her role in solving our health challenges we would like to advise her to work closely with Minister of Health Zweli Mkhize who is a former KZN MEC of Health and Premier and therefore understands the challenges faced by our province. We urge Minister Mkhize to come lend a hand in fixing the health system in KwaZulu-Natal, as it has deteriorated under former KZN MEC of Health, Dr Sbongiseni Dhlomo.

It is known that Dr Dhlomo and Former Minister Aaron Motsoaledi failed dismally to address issues facing the KZN health facilities especially oncology. They both suffered from denialism of the reality, and this is what led to the unnecessary death of many cancer patients. We advise the newly elected Minister and MEC to avoid this grave mistake and address all issues with diligence instead of obsessing with denying the intensity and severity of problems faced by our people in public health facilities. KZN MEC of Health, Nomagugu Simelane-Zulu should not repeat the same mistakes happened under former MEC Dr Dhlomo which resulted to deterioration of health system under his watch.

MEDICAL NEGLIGENCE
The IFP calls upon the MEC of Health, Hon Nomagugu Simelane Zulu must urgently implement measures to limit medical negligence in provincial hospitals. There has been a number of incidents where many families have been left disabled and traumatised through negligence and lack of accountability at provincial government facilities. As the IFP we are very concerned about medical negligence as there is no budget allocated to compensate those who sue the Department for medical negligence.
The recent case on medical negligence, is the letter of demand that has been issued to the Department to pay R7 million in damages to the family of Sadek Ebrahim, a 52-year-old who was hospitalised at RK Khan Hospital who was found with maggots in his mouth.

Medical practitioners are required to perform their duties in accordance with a certain standard of professionalism. MEC Simelane Zulu must implement measures to deal with this inhumane situation in our provincial hospitals. Admission to hospital is traumatic enough in many instances. People go to hospitals to cure medical problems. Sadly, some of them receive maltreatment by the very people who are medically trained to assist them. Medical malpractice continues to be an area of grave concern and is costing the department millions of Rands. The department must also have stern consequence management for health professionals who have been found guilty of medical negligence.

VACANT POSTS
We welcome the new Human Resources Capacitation Grant of R122.316 million for the appointment of critical staff in health facilities in 2019/20. We are aware that with the indirect support from the National Department of Health, a total of 929 critical staff are expected to be appointed, including 300 nurses, 320 general assistants and porters, 97 registrars, 112 medical interns and 50 pharmacy assistants. The reality is that the challenges of staff shortages have been experienced by the province for a long time and there appears not to be any political will to address them. Most of the medical staff are working under pressure due to shortage of staff. The overwork has also led to fatigue, which has compromised the quality of services and dampened their morale.

There may be critical posts that are not filled and critical posts impact negatively on service delivery of health. The department should fill positions of heads of department and CFO timeously to ensure stability at the top level of management. When there is instability at the top, it affects performance. Delays in filling of posts have had negative effects in the functioning of the Department.

PRIVATE COLLEGE NURSES
We want to urge the MEC to ensure that the process of recruiting staff must also including those nurses who graduated from private colleges as they also need jobs. As the IFP we believe this could address the long waiting hours by allowing the department to expand local clinics operating hours to 24/7 daily. It is totally unacceptable that shortage of staff causes long waiting times, patients being turned away from facilities, longer hospital stays and increased pressure on the few staff in place.
The department needs to devise a better working plan with private nursing colleges, which will speak to demand and supply of health professionals. Most of these colleges train students at exorbitant cost, without considering whether there are enough posts in the public and private healthcare sectors in which to place them.

STATE OF HOSPITALS
Our hospitals remain ill-equipped and has damaged, old equipment. Sanitary conditions in most of our hospitals are below acceptable standards and this has in many instances led to many deaths. Accelerated programme must be undertaken to revitalize and improve our public health care system and to attend to the intense pressure and challenges facing health services. Intervention must include appointing capable top management who will work tirelessly improving lives as well as infrastructure (including) rebuilding dilapidated clinics and hospitals.

The IFP is concerned about the state affairs of Addington Hospital and RK Khan Hospital. These hospitals have been on news due to bad reasons. Hon MEC, we urge you to roll up the sleeves and tackle the challenges at Addington Hospital heads on.
Above that, the IFP is concerned about the RK Khan Hospital and how the MEC dealt with the issues facing it. The graphic video that showed live maggots in patient’s mouth at RK Khan Hospital in Chatsworth proved that this hospital has become a death trap and it is a result of a failed healthcare system. This is yet another case Hon MEC that begs for your drastic action, to stand up on the plate and deal decisively with negligence by medical staff in our provincial healthcare facilities. By the failure to fix these facilities, history will judge you as an inept MEC who failed dismally to fix our ailing health system.

STOP REDEPLOYMENT OF TOP OFFICIALS
It does not solve the problem to redeploy incompetent top officials to other health facilities. Redeploying inept officials further perpetuates the problem and continues to let our people down. We therefore beg, the MEC to utilise this budget in addressing negligence, misconduct, incompetence, bad attitude, apathy and the disastrous quality of treatment that leaves a lot to be desired. Any employee found guilty of such conduct must face drastic consequences, including dismissal not redeployment. Lack of empathy has no place in our health care system.

The KZN Health Department reactionary response to the most health issues is typical. We have been going from crisis to crisis in this province. But what do we get in response? We get a knee-jerk response. The thinking around health care is always reactionary in this province. Government needs to stop playing hide and seek with problems in the health-care system and embark on an extensive transformation to address the ongoing issues.

NHI
Now that the budget has been tabled, we expect the NHI to not remain a pipe dream but it must be implemented as our poor people are suffering. Time for rhetoric on NHI by government must come to an end. As the IFP we concur with DENOSA that the NHI is about financing the healthcare service in the country, but we are always the first people to point out that such healthcare service is not going to be rendered in the sky, but will be provided by the same current health facilities, unless government’s hope will rest on the few well-resourced facilities in the private healthcare sector. We must recall that during the pilot phase of NHI in the province, many gaps were identified such as Ideal Clinics, Family Teams and Schools Health Programme, have not been addressed and poor resources are at the core of their ineffectiveness.

DENOSA has stated that many clinics have scored poorly from assessments, which are done twice a year, on critical areas like resuscitation equipment and only 11 percent of clinics are ready for NHI in the eThekwini District. The integrity of infrastructure scored not more than 27 percent in clinics, and the response of EMS to emergencies is only at 39 percent while a whopping 43 percent of clinics have non-functional ablution facilities. Therefore, it is the duty of government to ensure that all these challenges are resolved before the NHI is implemented. I want to say; people cannot be denied good health because they chose to live in rural areas. They cannot be punished for being born in Msinga, Ngwavuma, Nkandla, Ezinqoleni, uMzimkhulu, Nquthu, Harding, etc. They have a right of access to health.

EMERGENCY SERVICES
The IFP believes that more still needs to be done when it comes to the responding time of ambulances. Although the Department plan to increase the average number of daily operational ambulances from 179 to 200 by 31 March 2020, but we still feel that this is not enough. Our people are suffering now and all plans must be created in such away that solve the current problems.

This issue deserves urgent attention as people in rural areas suffers the most due to shortage of ambulances. Above that the IFP is concerned about the attack of paramedics in the province. The MEC must find a way to protect emergency service workers from violent crimes. It is unacceptable that paramedics are expected to work in these conditions while the department drags feet to take action. EMS staff are under siege.