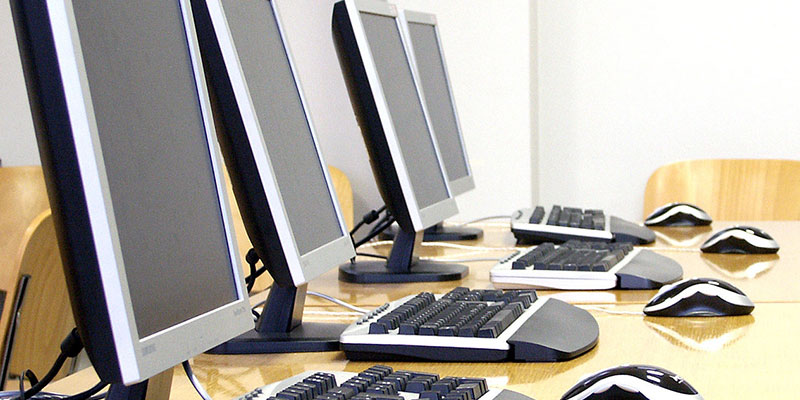 Launch of a Computer Laboratory at Mathole Secondary School

A few months ago, the University of Fort Hare, where I studied, invited me to deliver a centennial lecture in memory of Professor ZK Matthews. Professor Matthews had taught me law and was one of great leaders who sharpened our political views at Fort Hare. As I was preparing the memorial lecture, my Secretary brought me a copy of a telegram which I had sent to Professor Matthews while I was still a student. That telegram was more than sixty years old! But my Secretary had found it, within minutes, in a public archive on the Internet.

I share this with you because today the doors of information are being opened at Mathole Secondary School in a way that is difficult to imagine. With this computer laboratory comes broadband connectivity, which enables you to explore the World Wide Web. I have no doubt that most of you are already on Facebook and know how to download YouTube clips to your phones. But there is something quite different about sitting down in front of a computer and searching for information.

The possibilities for learning are endless. I therefore applaud Deputy Minister Mkhize for taking the initiative to secure a computer laboratory at Mathole Secondary. The Deputy Minister is one of our daughters, for she was born in this area. It is thus good to see her giving back to her own community and sowing into the future of the next generation.

As one of the longest-standing residents of Mahlabathini, I take pleasure in witnessing every victory and every success story to emerge from this community. I think, for instance, of one of the former Maths Educators at Mathole Secondary, who went on to open the PEN Foundation, offering tutorial classes in Maths and Science to learners in Ulundi. He named the Foundation after his father, Mr Petrus Edmund Nkosinathi Nxumalo, who served in my Department of Education when I led the Government of KwaZulu.

It is good to see a father’s legacy being honoured. Indeed, that is why I am so proud of Mathole Secondary School, for it was named after my own father, Inkosi Mathole Buthelezi. My father served as the traditional Prime Minister to His Majesty King Solomon kaDinuzulu, and he married the King’s sister, Princess Magogo kaDinuzulu. She bore him a son, whom he named Mangosuthu.

My father was determined to see me well-educated. At that time, few black children went to school and very few progressed beyond primary level. But my father believed in education as a tool of creating your own destiny and shaping your environment. I had been born into a leadership position, and he wanted me to be equipped with knowledge so that I would lead well.

When my father passed away, my mother ensured that his wishes were fulfilled, and I was sent with two of my cousins to Adams College. Prince Mshiyeni, the Zulu Regent, drove us there himself. But he first stopped along the way at Ohlange to present us to Dr John Langalibalele Dube, who had been the first President of the African National Congress.

I understood from all this that education is not something to be taken lightly. It is something of value that should be respected. I continued this view throughout my time at university, and I took it into my career as a servant of the people. Thus, over the course of six decades in politics and public life, I have always challenged people to learn, learn, learn. Become a student for life and keep seeking out new information all the time.

Had I been born into the Internet generation, I can only imagine what a recluse I would have been! I can spend many solitary hours with a good book; but a good book eventually ends. The Internet has no end. One thread leads to another, and another and another. But this is where good judgement comes in. I must encourage you to think about what you read and what you see. Not everything on the Internet is true, and many things are not good.

I am amazed, for instance, at how widespread cyber-bullying has become in South African schools. This is an abuse of social media, and I hope that Mathole Secondary will put strict policies in place for learners who use these computers. But it goes well beyond that, because cyber-bullying infringes on constitutional rights and can destroy a young person’s life.

There are, indeed, very simple acts that can make or break a young person’s future. Today we are witnesses to a simple act on the part of government that will change the lives of several young people. The act of giving bicycles to learners who travel long distances to school, and the gift of shoes, will make a big difference. I thank the Deputy Minister and her Department.

The ball is now in your court, as learners. You have been given a tool to build your future. I urge you to use it in the pursuit of education and knowledge. As you enter this new computer laboratory, I hope these words will echo in your mind, to learn, learn, learn.