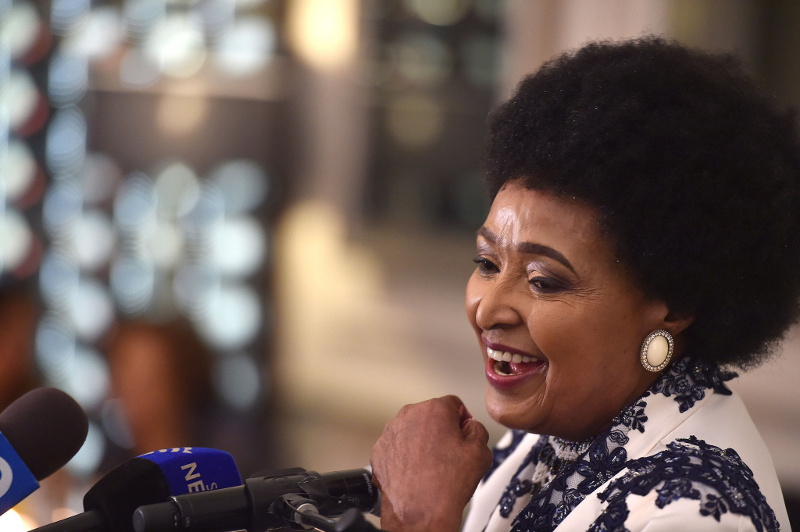 A tree has fallen and our nation mourns. In the days since her passing, Mrs Winnie Madikizela-Mandela has been honoured with many fine tributes from across the world. She has been remembered as the Mother of a Nation. Her personal sacrifices for our freedom have been celebrated, and her courage applauded. Words have been spoken of her resilience, her determination and her strength.

What can I add? I can only speak of the woman I knew, the woman who welcomed me into her home in Vilakazi Street, here in Orlando, when I visited with her husband throughout the night. Even then, she was more than Madiba’s wife. She was a passionate and lively ambassador for justice. She spoke with candour, and it was evident that beneath her words lay the coiled spring of action. Despite her youth, she was prepared to walk a path of collision with injustice.

I admired her tremendously. But I also grieved, for that path of collision secured for her years of persecution, detention, surveillance, torture, beatings and banishment. It is impossible to comprehend the degree of anxiety that was her constant companion.

With everything that she suffered in our struggle for freedom, her greatest loss was surely the simple joy of being a mother. She met Madiba while he was on trial for high treason and married him while he was under a banning order. While she could not have foreseen his 27 years in prison, she undoubtedly knew that they would suffer periods of separation. What she did not know is that her children would forfeit both their parents.

In this time of national mourning, my thoughts are with Zenani and Zindiswa. They were mere babes when their father was imprisoned, and in his absence they watched their mother’s endless persecution. Often for months on end she was taken away from them and held in detention. For more than a year she remained in solitary confinement, while her daughters longed for her presence.

There is no better way of describing their pain than with the words of Zindiswa herself. She wrote –

“A tree was chopped down
and the fruit was scattered

I cried
because I had lost a family
the trunk, my father
the branches, his support
so much

the fruit, the wife and children
who meant so much to him
tasty
loving as they should be
all on the ground
the roots, happiness
cut off from him”

When we consider the extreme suffering of this family, and how the girls were deprived of their parents, it is remarkable to see the women they became. It is a tribute to Mrs Winnie Madikizela-Mandela that her daughters rose. How easily they could have sunk in the mire of sadness. Yet that tenacity of spirit that lived in their mother made a home in her daughters as well. They are so like her in courage and resilience.

And like their mother, Her Excellency Princess Zenani Mandela-Dlamini and Her Excellency Zindziswa Mandela-Hlongwane serve their country. Just as uMam’uMadikizela-Mandela was an ambassador of freedom, her daughters are ambassadors of a liberated South Africa.

It is fitting, and we are proud.

In her book, ‘491 Days’, Mrs Winnie Madikizela-Mandela wrote about her daughters. She said –
“Looking back as a parent, you feel you do not deserve this forgiveness because you cannot explain yourself to the children and you fear that they would never understand. You are lucky that they understand so much anyway…”

When we call uMam’uMadikizela-Mandela the Mother of a Nation, we acknowledge that we all who live in a liberated South Africa are her children. How much do we understand? How much have we offered forgiveness?

I ask these difficult questions because of the enmity that still lives in the hearts of many. uMam’uMadikizela-Mandela was carved by injustice. No one could have escaped being shaped by such experiences. Looking back now on a lifetime, some have brazenly asked: was she a sinner or a saint?

Let me give an answer. I believe, as Madiba did, that a saint is not someone who has never sinned. A saint is merely a sinner who dies trying. Here in Soweto, where Mama Winnie lived, and in Brandfort where she was exiled, and everywhere where she extended a hand to the poor, the downtrodden and the struggling, here she will be remembered as a saint.

“I need a neighbour who will live
a teardrop away
who will open up when I knock
late at night.”

For so many, Winnie Madikizela-Mandela was that neighbour. They will mourn her passing, remembering the great tree under which they found shelter. Many more, whom she never met, will mourn, remembering how her journey inspired them to keep going in their own journey of hardship.

Her friends, among whom I am gratefully counted, will remember her lively and indomitable spirit, her candour and her commitment. We will miss her in the time to come.

But the deepest sorrow is reserved for her family, and it is for them that we express our sympathy and condolences. We pray that the Lord will bring healing and comfort. May you find strength in the words of admiration and gratitude.

Yes, a tree has fallen. But its fruit is not scattered. We are planted together, and together we will grow. This will be her legacy.