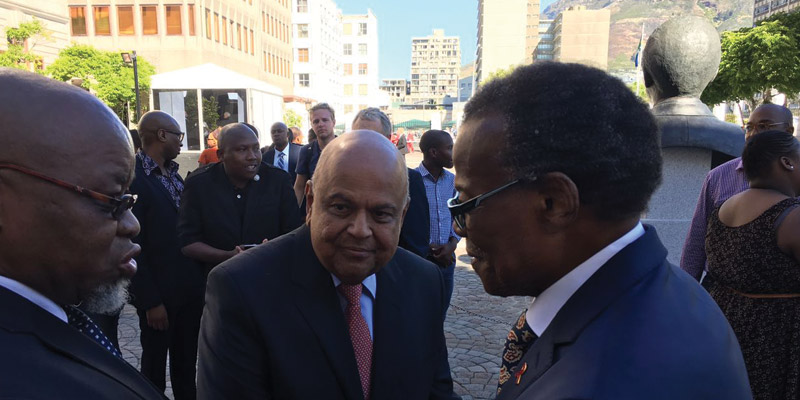 Minister Walks A Tightrope On Budget

The Inkatha Freedom Party believes the Minister of Finance had a very tightrope to walk as he navigated the Medium Term Budget Policy Statement earlier today.

IFP Chief Whip in Parliament said, ”The Minister kept himself neatly on the trajectory of fiscal consolidation and in so doing projected a decrease in expenditure, whilst speaking about bolstering revenue by 13 billion rand next year, which when added to the amount of 15 billion rand he had advised of at the beginning of the year, could help offset some of the increasing fiscal demands being placed on the budget, an example being the ‘no fees’ at our tertiary institutes,”

“What is of grave concern to the IFP is South Africa’s increasing debt which currently stands at just over 2 trillion rand and currently generates a debt repayment of 147 billion rand per year, and our worry is that should the country suffer another credit ratings downgrade, the interest payment will increase and that additional debt service fee will have to be found from the fiscus,”

“State Owned Enterprises remain a drain on the fiscus and these should be restructured perhaps by bringing in private sector partners which would unlock equity that could be used to meet the social pressures and demands that we as a country are facing today,”

“Innovation is key and the Minister has today created a road map which will allow for smart solutions to reign in government expenditure which if adhered to, could provide for additional expenditure to assist the poor and most vulnerable in South Africa,” concluded Singh, MP.