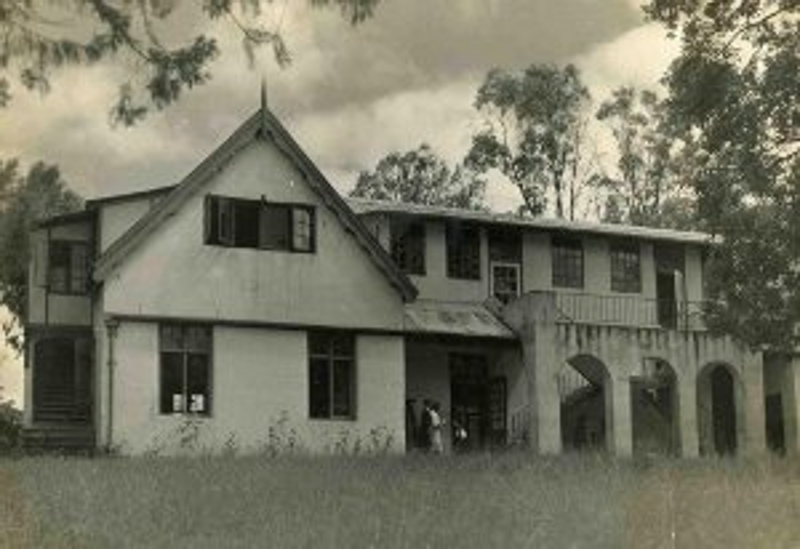 Official Opening of Classrooms and a Library at Adams College

Whenever I visit my alma mater, memories of my time here come flooding back. The years I spent at Adams College taught me more than facts and figures. They taught me to keep learning about the world around me, about people and ideas. I was encouraged to think, to question and to accept my role in finding answers. No matter how many years have passed since I sat in a classroom, I am still a student. That is the legacy of Adams College, and it is a legacy I would like to see passed on to future generations.

I am therefore proud to support the 3R Project that began in 2011, to revitalise, redevelop and reposition Adams College as a premier institution of learning. Today’s ceremony is a victory along that road, for today we substantially change the infrastructure available to pupils of this institution. I extend my thanks to all who have made this possible.

I will never forget my first day at Adams College. My uncle, the Prince of KwaSokesimbone, Prince Mshiyeni ka Dinuzulu drove me here in his car, together with two of my cousins, Prince Thandayiphi ka Solomon and Prince Penuel ka Solomon. On the way, we stopped at Ohlange, Dr John Langalibalele Dube’s residence. Prince Mshiyeni wanted Dr Dube, the first President of the African National Congress to see us, as the first youngsters in the Zulu Royal Family to qualify to attend a college. Dr Dube was also the Founder of Ohlange Institute, one of our oldest institutions of learning in South Africa.

When Dr Newton Adams first conceived this college, more than 160 years ago, black students had no access to secondary education. The State did not provide this opportunity to those it effectively considered hewers of wood and drawers of water. Thus, those who were thirsty for knowledge found a wellspring at missionary institutions. We came from far and wide to attend Adams College and, from here, many of us went on to shape the destiny of South Africa through our individual contributions.

On the outside, Adams College is certainly different from the institution I entered in 1944. But on the inside, it is the same crucible in which talent, integrity and leadership are forged.

The earliest graduates of Adams College proved how deeply the enlightened mind can think and how far the inspired imagination can travel. My uncle, Dr Pixley ka Isaka Seme, was a student of Adams College, and became one of the best educated men of his times. In 1912, he founded the South African National Native Congress, Africa’s oldest movement.

During my own matric year at Adams College, Dr Seme underwent an eye operation and struggled to read and answer letters. I spent many evenings with him, as he dictated his political correspondence to me. It fed my hunger to serve my nation.

That same hunger, birthed at Adams College, saw many of my fellow students become leaders. I think of people like Her Excellency Dr Nkosazana Dlamini-Zuma, Chief Justice Pius Langa, President Milton Obote of Uganda, President Seretse Khama of Botswana, and Vice-President Joshua Nkomo of Zimbabwe. Dr Joshua Nkomo was actually my contemporary here at Adams College. He was doing his junior certificate, while I was doing my standard 8, (or form II) in 1944. I last saw him again when I went to London to meet with Mr Oliver Tambo.

I also think of my Principal, Dr Edgar Brookes, and of the first African principal of Adams High School, Professor ZK Matthews. I think of Inkosi Albert Mvumbi Luthuli, Inkosi of Abasemakholweni, who became Africa’s first Nobel Laureate, and of Dr John Langalibalele Dube, himself.

I think of Mr Anton Lembede, who came from this area of Mbumbulu, who formed the ANC Youth League the year I entered Adams College and who died the year I matriculated. I think of Professor ZK Matthews’ son, the late Minister Joe Matthews, who entered Fort Hare University with me, and became a lifelong friend. I think of Mrs Epainette Mbeki, and her daughter Renee Moerane, who taught our English classes.

All of these people benefitted from the missionary work of the United Congregational Church of America. With that legacy of Christian service, it is fitting that we are joined today by Ambassador Andrew J. Young. Ambassador Young once visited me, accompanied by Mr Arthur Ashe, when he was still a Congressman in the United States.

We remain indebted to him for the Christian service he gave to our struggle against apartheid. I, personally, will forever be grateful that Ambassador Young arranged for Mr Robert Sobukwe’s children to be educated in America, when the South African Government barred Mr Sobukwe from teaching there. It was in fact myself who encouraged him to visit Mr Robert Sobukwe in Kimberley.

Ambassador Young, like all of us here, has a passion for education. It is what drives us to support institutions like this, knowing that our future leaders are being nurtured here, where the leaders of the past were nourished.

As we open these new classrooms and library, it is our fervent hope that leadership will ignite again at Adams College.